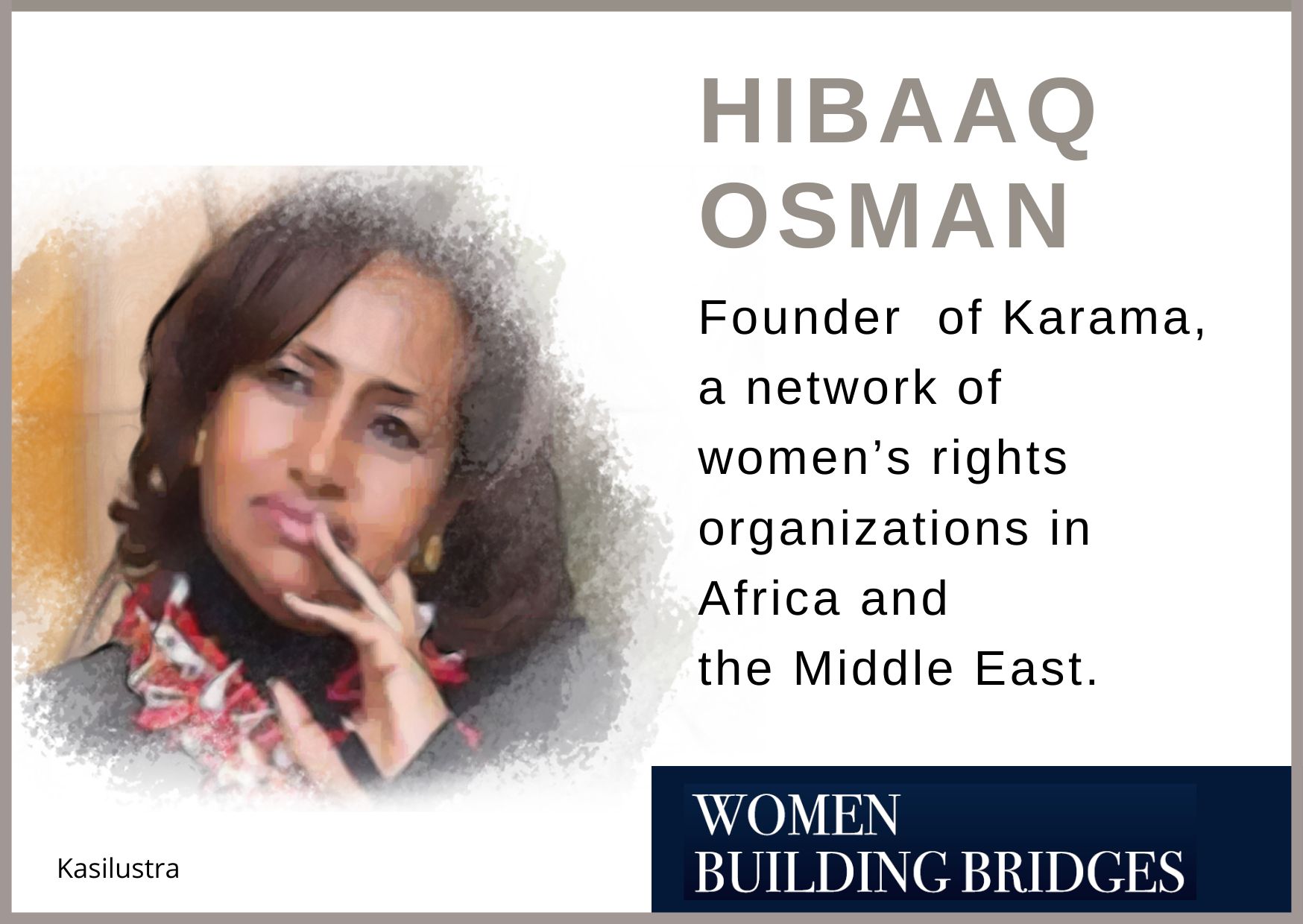 Today we introduce you to HIBAAQ OSMAN  who together with Caddy Adzuba,  coordinates the working group “Violence, women, peace and security”

Hibaaq Osman is one of those women who must be listened to whenever she speaks. This Somali activist has a long history of fighting for women’s rights and reporting the injustices suffered by women and girls in general; and, in particular, in areas that are affected by conflicts and wars.

A pioneer in mobilizing women in the Middle East and Africa region, she is the founder and director of KARAMA, a Cairo-based organization that is present in more than 13 countries in the area, working in partnership with grassroots civil society organizations and youth leaders.

Its aim is to end violence against women and the promotion of actions that lead to peace and the establishment of sustainable democracies, in which women must be present and empowered.

Hibaaq Osman‘s courageous voice is heard in many parts of the West. She reports the appalling human rights violations in this part of the world and complains before the major international bodies about their lack of effectiveness.

Sometimes Hibaaq Osman seems tired. Tired of witnessing so many injustices, so many human rights violations and so much suffering, about all that remains to be done… That is why she continues to fight, to raise her voice, to give a voice to women and to be involved in countless organizations working for equality and peace.

Hibaaq Osman is co-founder of the Strategic Initiative for Women in the Horn of Africa (SIHA), a coalition of civil society organizations in the Horn of Africa advocating for social change and gender equality.  She is also co-founder of the Arab Regional Network on Women, Peace and Security, a member of the Network of Women Judges in the framework of the Marrakech Declaration and the Libyan Women’s Platform for Peace.

She has written for newspapers such as the Huffington Post and The Guardian.

Named one of the 500 most influential Muslim women in the world, Hibaaq has served on the UN Women Civil Society Advisory Group, the board of Donor Direct Action and the James MacGregor Burns Leadership Academy at Churchill College, University of Cambridge.