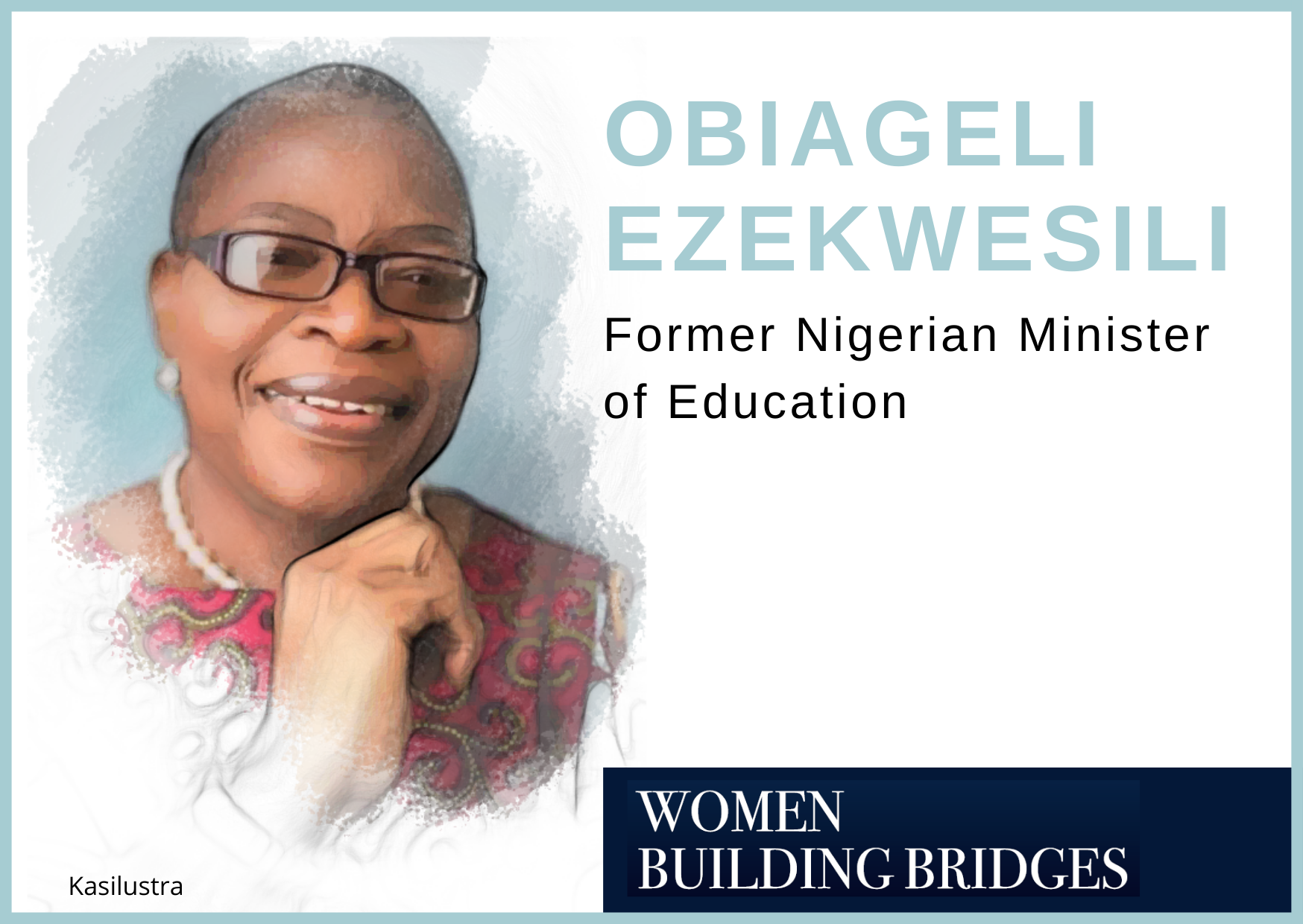 Today we  introduce you  OBIAGELI EZEKWESILI, who, together with Ayat Mneina,  coordinates the working group Economic, technological and digital empowerment.

It is not easy to talk about Obiageli Ezekwesili because she is an exceptional woman with a long professional, political and civic career, who has made ethics and values her banner.

An expert in economics, a tireless worker, always concerned about injustice and political corruption, we find this Nigerian at the head of numerous national and international organizations. We have also seen her at the forefront of her country, Nigeria, first as Minister of Minerals, then as Minister of Education and, in 2019, as a candidate for the presidency of Nigeria in the 2019 elections.

Oby Ezekwesili was the vice president of the World Bank  for the African region in Washington D.C. between 2007 and 2012.

She is co-founder and director of Transparency International, a German-based international anti-corruption organization.  She is also a senior economic advisor to the Africa Economic Development Policy Initiative (AEDPI), an initiative that advises heads of state to develop economic reforms with inclusive growth in mind.

She is founder-CEO of Human Capital Africa (HCA), which works in the education sector across Africa, and founder of #FixPolitics. A research-based citizens’ initiative that seeks “a country where politics are inclusive, citizens’ needs are prioritized and democratic principles are respected, so that good governance is the norm”.

Seeing what the organizations in which Oby works and has worked, it is clear that she is a woman who firmly believes in redesigning politics. As well as in making a new model with democratic values that guarantee equal opportunities, one in which women are on an equal footing.

When in 2014 Boko Haram kidnapped 300 girls from a school in Chibok, she was one of the first to call for their release. She co-founded the international campaign “Bring Back Our Girls”, which had a huge media impact.

It must not have been easy to reach her position in a country like Nigeria, which ranks 181 out of 193 in terms of women’s parliamentary representation, one of the lowest in Africa. On the other hand, probably due to the few advances in gender issues, there are studies that tell us that it is the country with the highest number of feminist organizations in Africa.  Oby Ezekwesili is undoubtedly a role model to be inspired by.

Her merits have received recognition and Time and New York Times magazines have placed her in the rankings of influential people.