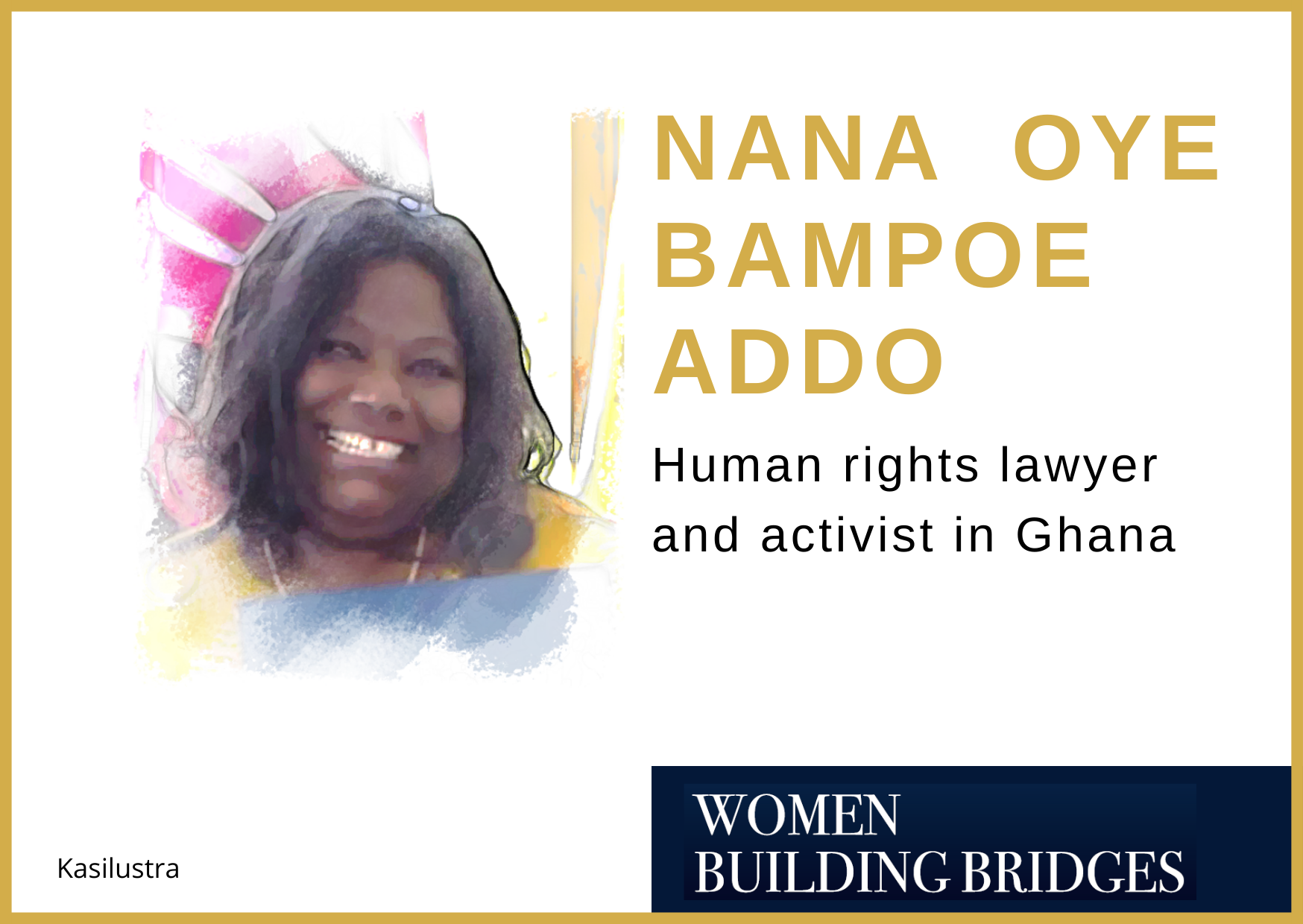 Today we  introduce you to NANA OYE BAMPOE ADDO, who co-ordinates the working group “Social policies and public goods”

Nana Oye Bampoe Addo is a fierce advocate for human rights in Ghana. She seems to have a special sensitivity to detect the injustices suffered by the most vulnerable, which has led her to dedicate her life to fighting for the rights of women, children, LGBTI people, the poorest and those suffering from any abuse or discrimination.

She is a lawyer by profession and former Minister of Gender, Children and Social Protection between 2013 and 2017. Her mandate saw the development of many social protection policies and she faced opposition from those who did not share her legislative advances to give gay people the same rights as any other citizen.

Nana Oye is a firm believer in the inclusion of women in all spheres of society and especially in politics, where they can exert influence.

Lately we have seen her denouncing an increase in rapes and sexual assaults on women in Ghana, such as the lynching of a woman accused of witchcraft, or calling for an investigation into child adoption. She thinks that the pandemic set back many gains made in child marriage or domestic abuse.

Her work has earned her numerous awards and recognition.