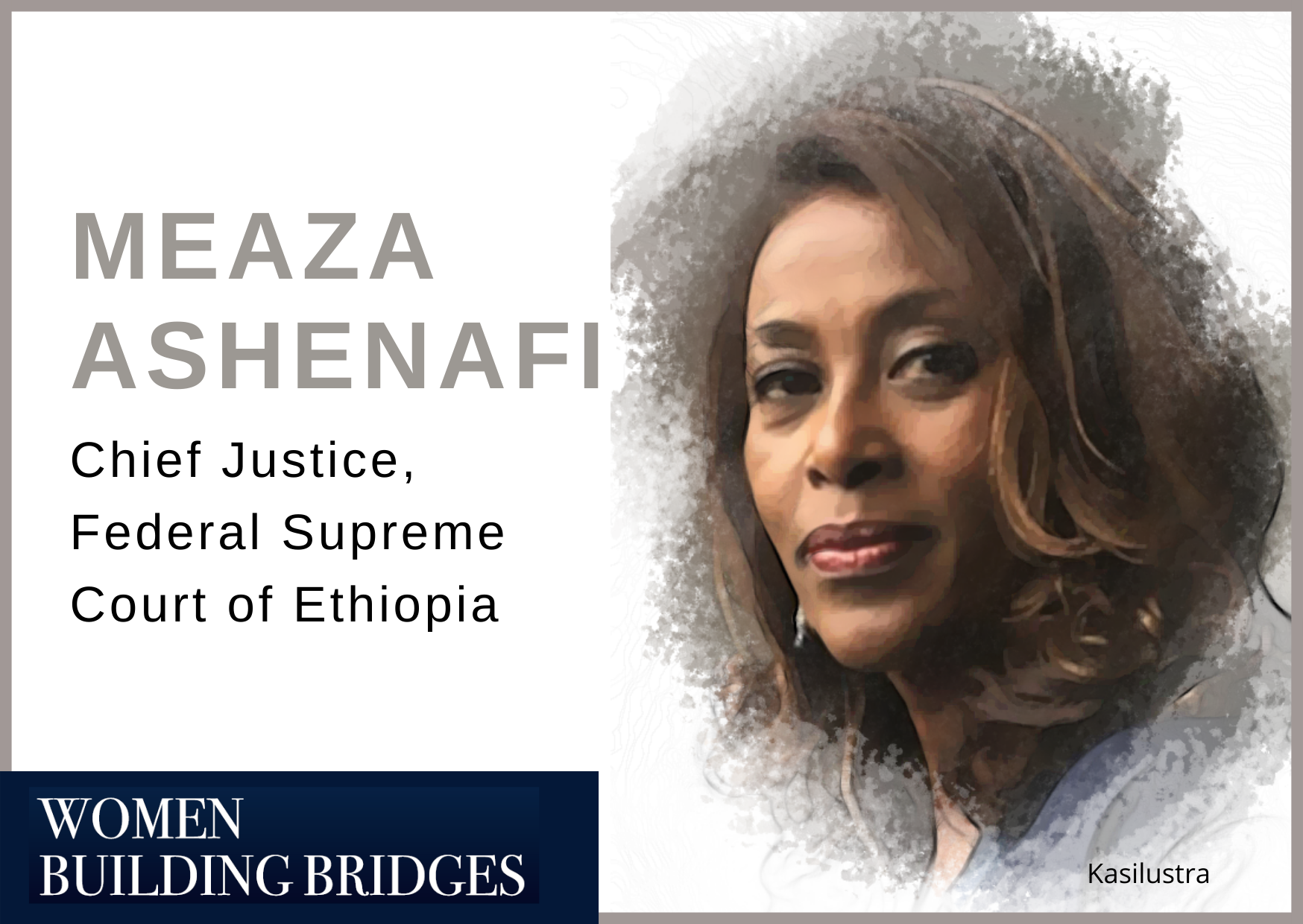 Today we  introduce you to MEAZA ASHENAFI, who with Julia Duncan co-ordinates the working group “Legal equality, political rights and public participation”

Meaza Ashenafi is one of Ethiopia‘s most important female landmark achievers. She was the first Federal female Chief Justice of Ethiopia.

Her activism for equality has also led her to be a pioneer, along with other women lawyers, in the creation of the first Women Lawyers Association (EWLA) as well as to have led a group of businesswomen to found the first women’s bank in Ethiopia (Enat Bank) that offers financial services to women, also having more than 50% of women in staff.

We are talking about a woman who is a reference in Ethiopia and in the world. She was born in Assosa, a village far away from the capital, whose mayor was Meaza’s father. There were nine siblings and her mother, dedicated to raising the children and the household, who always encouraged her to study.

She attended primary and secondary school in Assosa. Being a very good student, she moved to Addis Ababa where she studied law at the AA University. The study of law made her aware of how unfair many laws were for women.

As a lawyer, she was the advocate in a case that was later made into a film, Difret, produced by Angelina Jolie. It tells the true story of Hirut, a 14-year-old girl who was kidnapped and raped on her way home from school and managed to kill her abductors before escaping. Despite having acted in self-defense, Hirut could have been sentenced to death.

Her professional career has always been based on her activism in defending women’s rights and changing laws. As an advisor in the drafting of the Ethiopian Constitution, she succeeded in getting strict rules for the protection of women’s and children’s rights included.

She  is also gender Advisor to the United Nations Economic Comission for Africa.