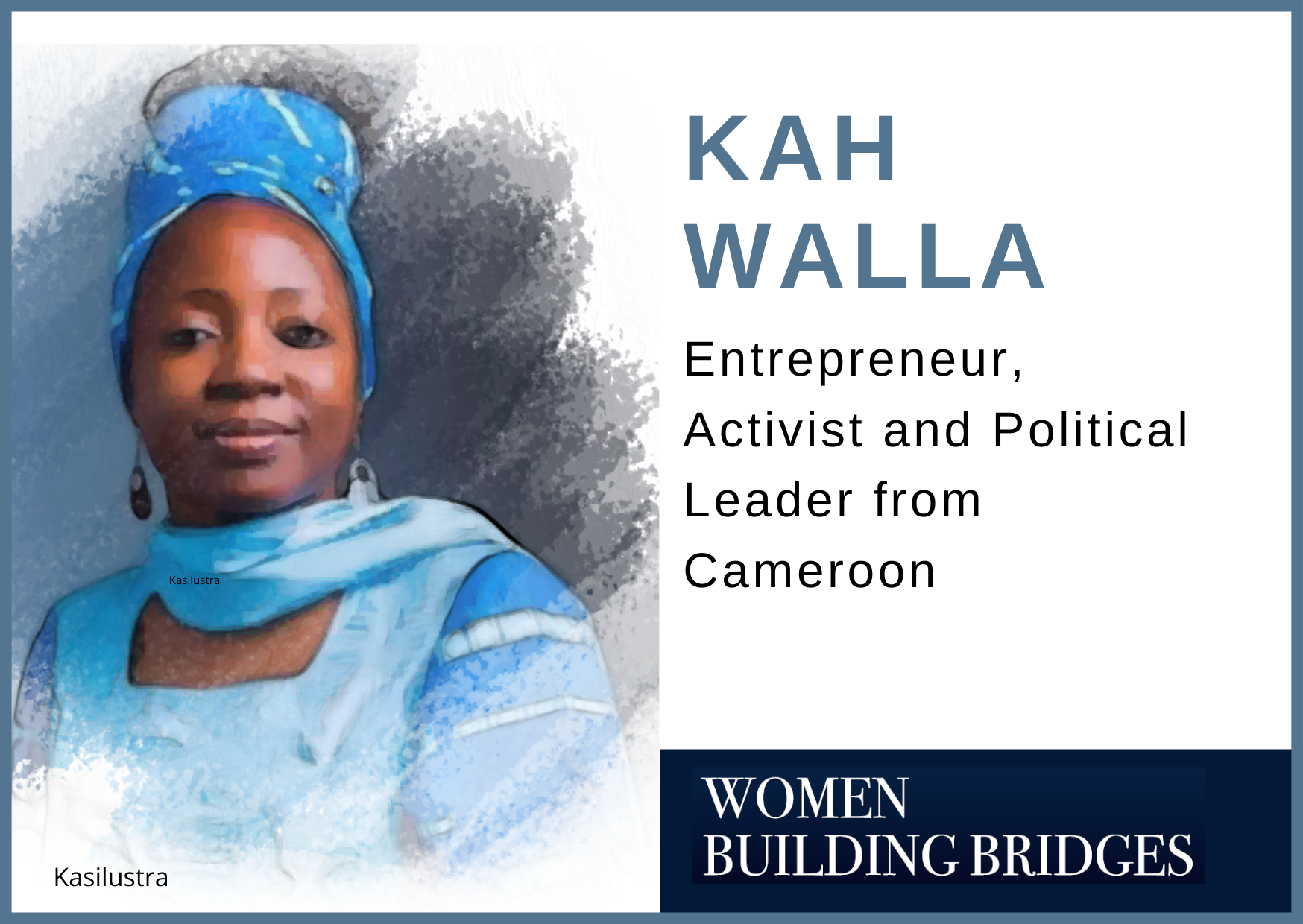 Her motto is: It is our right to live in a better country!

Kah Walla is a woman committed to her country.  She is one of a minority of Cameroonian women who have had the opportunity to study in the United States. As soon as she finished her MBA at Howard University in Washington, where she had also graduated in Zoology, she returned to Cameroon determined to work for and with her compatriots.

She soon set up her own company, Strategies, specializing in leadership, management and business management, which she combined with a political commitment to women’s rights and good governance.

She was a councilor on the Duala Town Council as a member of the opposition. But it is in 2011, when she became president of the Cameroon People’s Party (CPP), establishing itself as a leader.

She affirms that women are at the forefront of demanding change. In Cameroon, a country that in 60 years of independence has only had two presidents, the current one for almost 40 years, and where women are not well represented, she decided in 2011 to stand in the presidential elections, where she was the only woman at the head of a candidacy.

Despite having received significant support from the population, especially from the youth and women, she fell far short of the top positions.

In a country where the government is increasingly facing serious allegations of corruption, fraud and crimes against humanity, and where electricity, water, education and healthcare are not available to all, Kah Walla remains determined to fight for change through the CPP, which she chairs.

In the wake of the COVID pandemic, she denounced the disappearance of IMF aid. She laments that the major international organizations are failing Africa. She was one of the 20 women who signed a communication addressed to the UN and the IMF demanding that they take care of Cameroon.

Kah Walla is the founder of the civil society movement “Cameroon O Bosso”, an organization that works in favor of citizen participation, especially for women and young people.

Her work has been awarded the Vital Voices prize in recognition of her efforts to strengthen democracy and protect human rights. She was also recognized as one of the seven most influential women entrepreneurs in Africa by the World Bank.