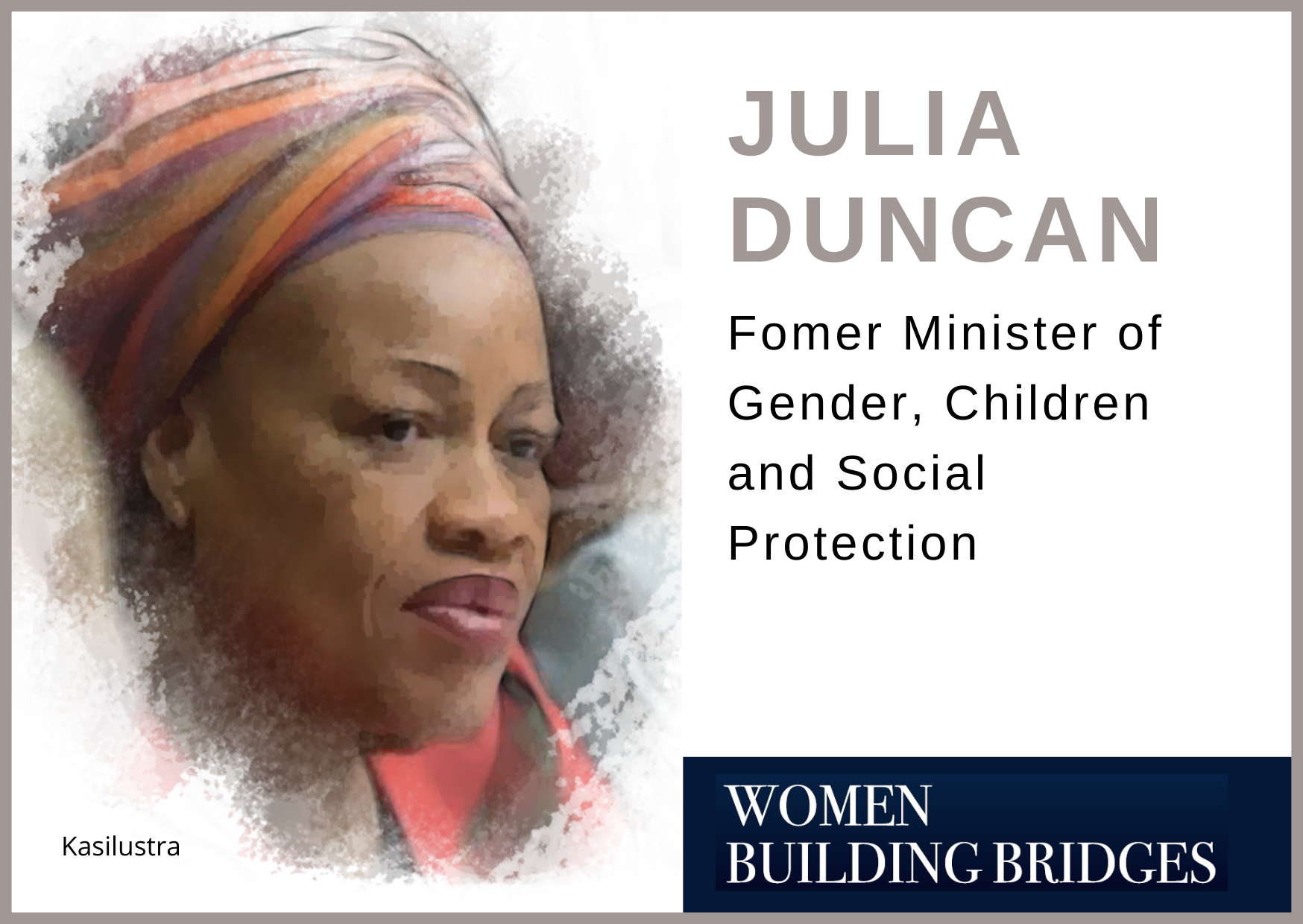 When Julia Duncan Cassell saw the situation in her native Liberia after a long civil war, from which she had fled, she decided to return and devote all her strength and everything she had learned in exile in the United States to rebuild the country and, in particular, to fight for women’s rights. It was a devastated country where women were at the end of the line for any rights.

During her years in the United States she had studied Business, Banking and Finance Studies at the University of California. She was prepared and immediately became fully involved in repairing the damage caused by the war.

She was the first female Superintendent of Grand Bassa County, a strategic region of Liberia. In this capacity she made major improvements in roads, health care, education, welfare and communications.

She served in this position for six years until Ellen Johnson Sirleaf, Africa’s first woman elected president and Nobel Peace Prize laureate, appointed her as Minister of Gender and Development in 2012.

She played a key role in drafting and implementing the government’s National Gender Policy with the aim of achieving parity and equality. In 2014 she took on new responsibilities when the Ministry became the Ministry of Gender, Children and Social Protection.

Julia Duncan has not had it easy. She had to deal with the terrible Ebola epidemic, which set back many of the gains she had made. It was in this country that the virus was most virulent. In addition to the deaths, the pandemic left thousands of orphans and, once again, women more vulnerable.

She is Chair of the Board of Directors of the WONGOSOL Secretariat, a structure consisting of over 150 civil society organisations led by women or working on issues that directly affect Liberian women, especially on their empowerment, sustainable peace and security.

Passionate in everything she does, she continues to fight because she knows that, despite great progress, violence against women is still all too present.