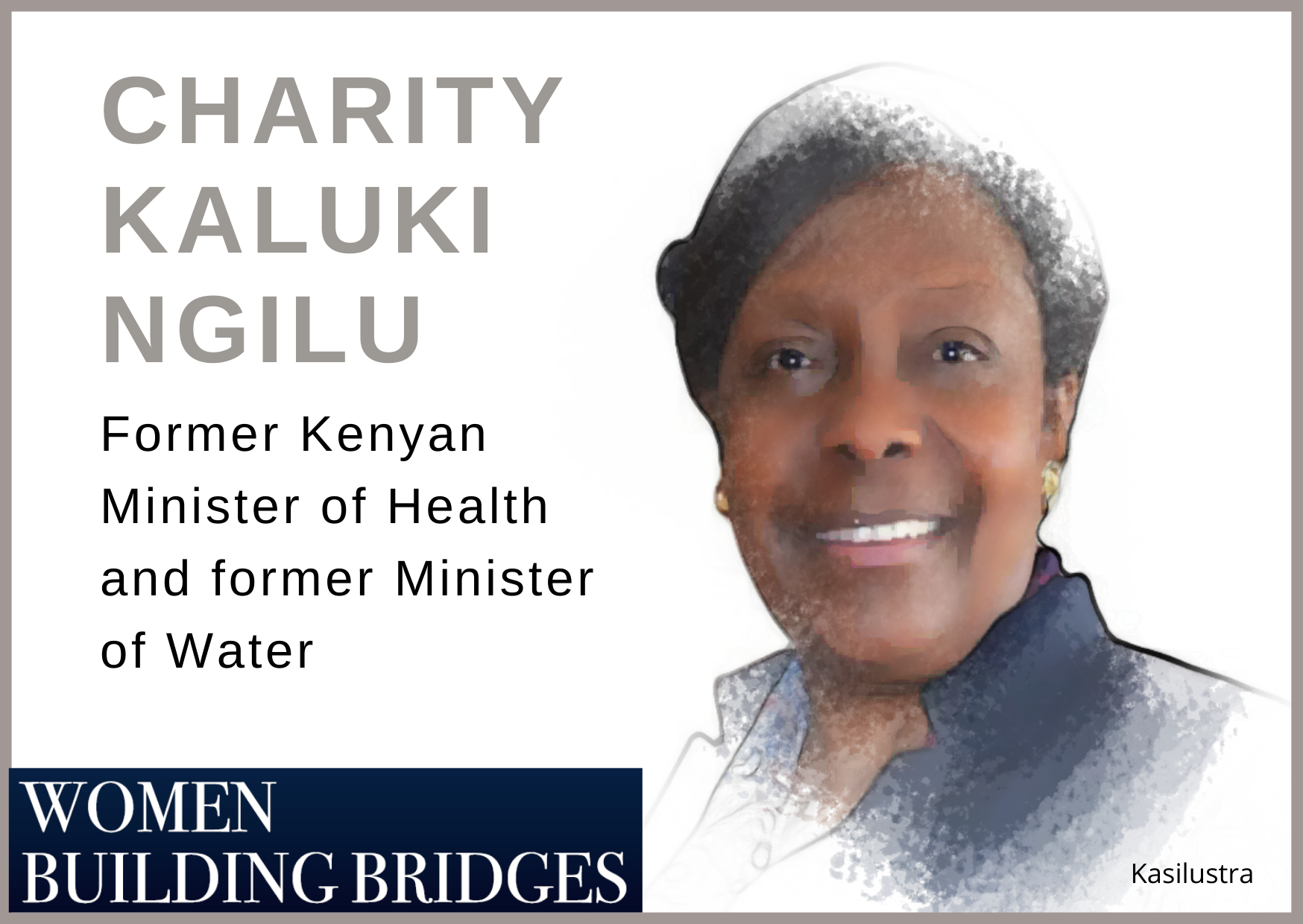 Today we  introduce you  CHARITY KALUKI NGILU , who, together with Nana Oye Bampoe Addo,  coordinates the working group “Social policies and public goods”.

Charity Kaluki has been in Kenyan politics for more than 30 years. She is one of the small number of women with political responsibility in a country where the gender gap in the ranks of political leadership is also wide.

She is a born politician, active and a fighter, who, thanks to her example and her work, has contributed to improving the presence of women in all spheres of society.

She has been Governor of Kitui County since 2017. The media spoke of a historic moment, as in these elections two other women were also elected governors of two other counties.

But Charity Kaluki‘s political journey goes back much further, to 1992, when the first multi-party elections were held in Kenya. She ran for the Democratic Party and was elected for Kitui County.

In 1997 she decided to run for the presidential elections, becoming the first woman to do so. Soon after, another great woman, Wangari Maathai, also ran.

She campaigned hard and was heavily criticized by the political establishment for “wanting to take the place of men”. Although she was not elected, she managed to demystify the idea that women have no place in politics.

In 2003, after the National Rainbow coalition party, of which she was president, won the elections, she was appointed Minister of Health.  In this position she called for a change in abortion laws and fought for the creation of a public health system and pushed for other changes that were not always well received. In 2008, she is appointed Minister of Water and Irrigation.

In her long political career, Charity Kaluki has demonstrated her commitment to society and the need for women to be present in decision-making positions.