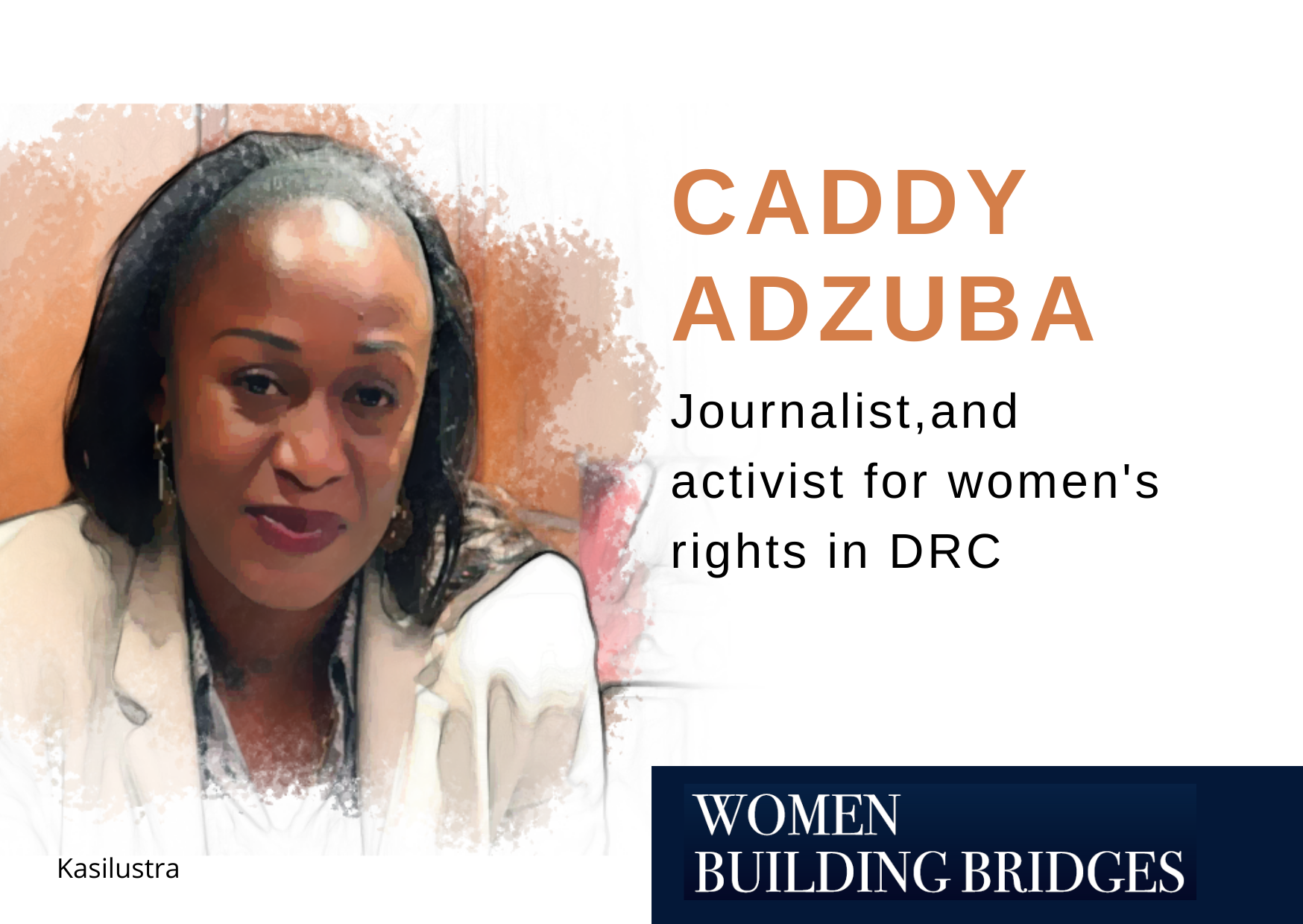 Today we  introduce you to CADDY ADZUBA  who, together with Hibaaq Osman,  coordinates the working group “Violence, women, peace and security”

In Congo, being a woman and a journalist is not easy. Here we have a brave woman who grew up in the Democratic Republic of Congo (DRC), a country that has been at war since 1996. The DRC is rich in minerals and one of the most devastated states in the world. It is also one of the countries with more displaced people fleeing violence and greed.

This lawyer and journalist specialized in gender and women’s leadership has been death threatened and assaulted for reporting sexual violence and abuses suffered by women.

She is one of the leading voices of feminism in Africa and an expert on violence against women in wars and armed conflicts.

An advocate of press freedom, she uses the media to promote human rights, denounce abuses, help women and push for peace. She says the media “is the voice of the voiceless”.

She is president of the Association of Women in the Media (AFEM), which promotes gender equality and fights against sexual violence. They are the creators and owners of the first and only radio station focused on women.

She has worked for Radio Okapi, a United Nations Mission radio station, through which she has reported the torture and rape of Congolese women and girls.

She is president of the FPM/asbl, a foundation whose objective is the empowerment of Congolese women.

She is a member of the Advisory Board of the Alliance of Women for Peace.

Her courage and exemplary work have brought her international recognition. In Spain she has been awarded the Prince of Asturias Award for Concord, the Julia Anguita International Journalism Award and has been named Doctor Honoris Causa by the Autonomous University of Barcelona.