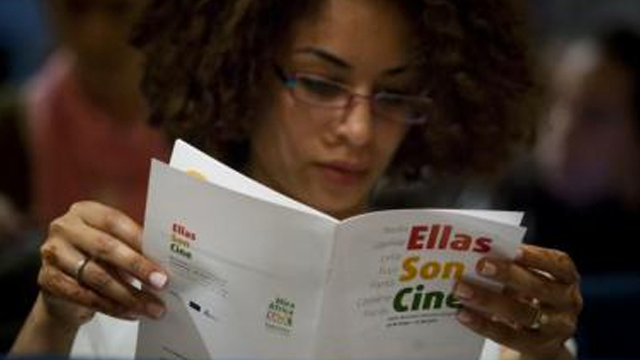 The audiovisual world, and the image in general, plays a very important role in the transformation of societies and particularly in breaking away from models that are an obstacle to equality between men and women. That is why the Women for Africa Foundation has considered this area as one of special importance in its action plan.

Ellas son Cine is the main program of the Foundation’s audiovisual project. Promoting the knowledge and enjoyment in Spain of cinema directed by African women is the main objective of the program, which in 2022 will celebrate its tenth edition.

So far, Ellas son Cine has screened 46 feature films and 7 short films from 16 countries. It and has also brought 9 African women directors for the colloquium that always opens the cycle, who have been able to share their experiences and vision with the Spanish public.

The festival, which consists of five films shown from Monday to Friday, has an opening session in which there is a colloquium on the film selected for that day. The festival’s curator is Guadalupe Arensburg, Spain’s leading expert on African cinema. It takes place in the Sala Berlanga, the cinema of the SGAE Foundation whose members include the majority of Spanish audiovisual creators. It is one of the best technically equipped cinemas in Spain.

In addition to organising Ellas son Cine, we have also produced with great success the documentary “Manzanas, Pollos y Quimeras”, directed by the Spanish filmmaker Inés París, about the life of African women living in Spain.