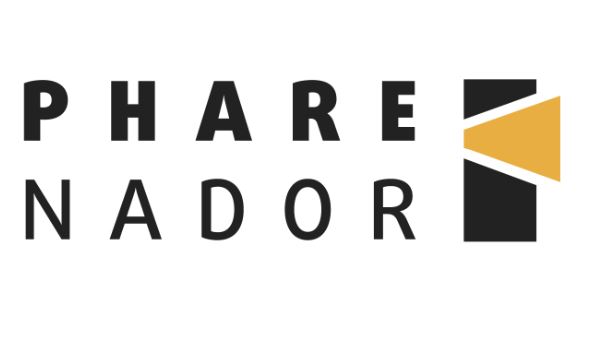 The ceremony, headed by H.M. the Queen of Spain, will be attended by Moroccan and Spanish personalities from political, economic and academic spheres.

Madrid, 28th June, 2018. Next 3rd July the Phare Nador project will hold its official Spanish presentation in Madrid under the presidency of Her Majesty the Queen. The space is dedicated to education and knowledge about women. It will be opening its doors in early 2019 in the city of the same name in Morocco’s Oriental region.

Phare Nador is a project created by the Women for Africa Foundation, chaired by the former Deputy Prime Minister of Spain, María Teresa Fernández de la Vega. It intends to contribute to development in Africa through the continent’s women.

Even though the foundation carries out programmes in a dozen African countries and works with women throughout the continent, Phare Nador will be its first headquarters on African soil. The foundation has chosen a fraternal, neighbouring country as the base: Morocco, Europe’s great gateway to Africa and a region with special historical and cultural links with Spain.

The centre will occupy the building of the old Lope de Vega Spanish school, which the foundation now owns after being transferred by the Government of Spain’s Foreign Affairs Ministry. Restoration work is currently being carried out and it is being adapted to its new use.

Phare Nador is a Hispanic-Moroccan project intended to become a beacon of knowledge, education, culture and creation of opportunities that responds to the needs of women, African societies in general and Moroccan society in particular, most especially in the city of Nador and the Oriental region. It also aims to be a nexus for leadership and reflection; a meeting point for women from Morocco and from the whole of Africa.

Local and global matters will go hand in hand to foster fair, sustainable development that can only be possible with equality via education, empowerment and the drive of women’s leadership.

Firstly, there is the local and regional area, which is intended for general education and training for employment for the women of Nador and the Oriental region, as well as support for business initiatives. The aim is for women to be able to take advantage of the opportunities being created by the new development projects fostered by Morocco in the region, on equal terms with men.

Particular incentive will be given to the use of new information and communications technologies, as well as to the creation of technology-based companies.

Likewise, the dissemination of culture and the arts, particularly from Africa, will be given a boost via a carefully planned cultural agenda.

Secondly, the international area is being launched with the name of Nador Women’s Hub as a global centre for thought and action to foster equality. In this area, Phare Nadorintends to generate and convey knowledge through research, reflection and meetings.

By using new information and communications technologies in a completely digitalised area, the Nador Women’s Hub intends to become a meeting point for women and for networks of African women committed to equality in different spheres of society and life. It aims to become Africa’s top think tank specifically committed to generating and spreading reflection and debate about our globalised world from women’s point of view.

The presentation of Phare Nador in Madrid will be presided over by the Women for Africa Foundation’s Honorary President, Her Majesty the Queen, with significant personalities attending from political, economic and economic spheres in Morocco and Spain.

The event can be followed via video streaming from 10:30 a.m. via Women for Africa’s website: www.mujeresporafrica.es

The media that wish to give news coverage of this event must get accreditation via the Communications Department of His Majesty the King’s Household (tel. (+34) 91 5992524), sending a request from the medium (company) itself and one of its qualified heads, with a list of the team (ID no., name and surname, and job), before 11:00 a.m. next Monday 2ndJuly to the email address comunicacion@casareal.es or by fax to (+34) 91 599 24 16.