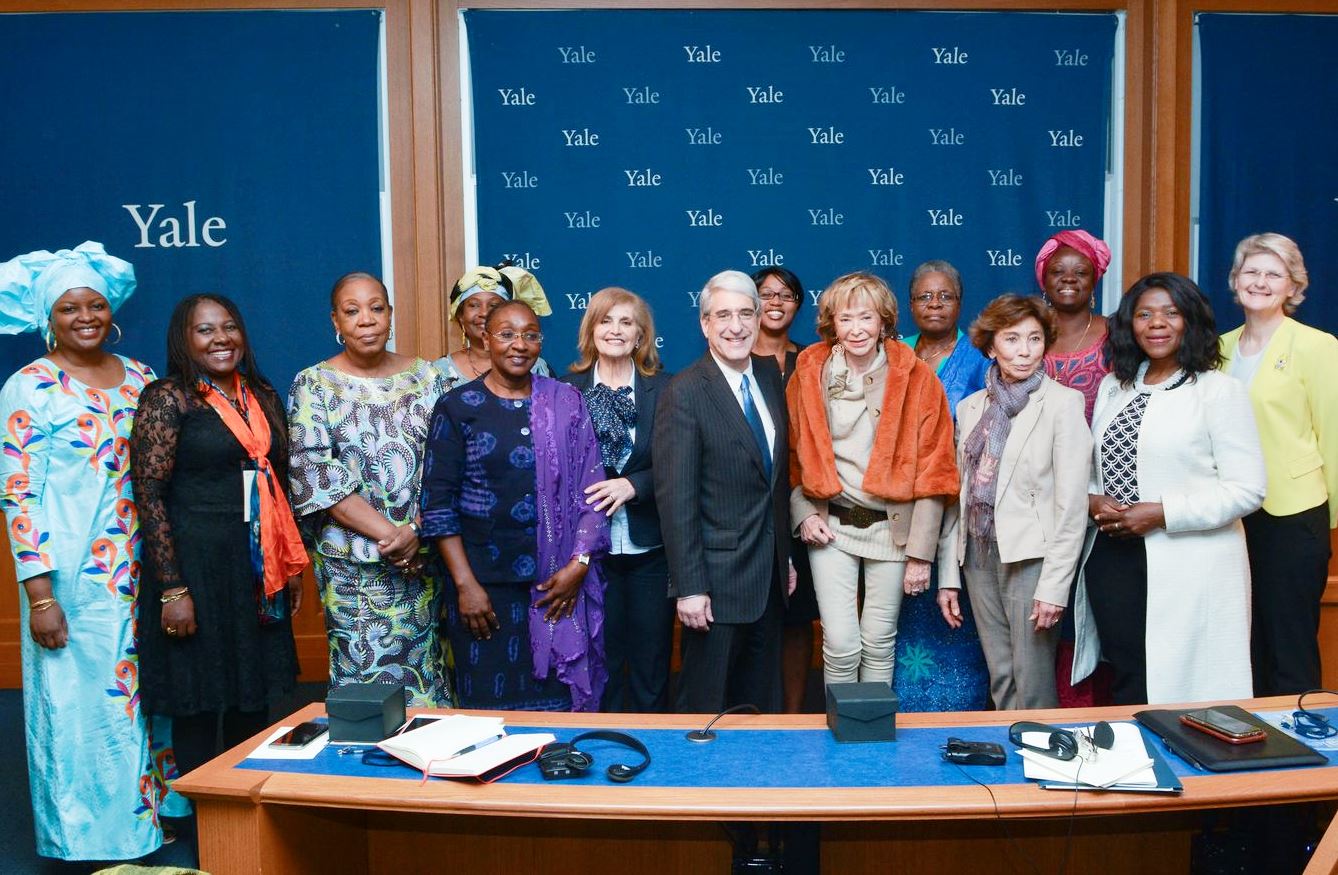 New Haven, May 11th 2017. In May 2015, ten African women political leaders from five African countries inaugurated an area for debate at Yale University to delve into big global matters and reflect on leadership, improvement in governance and the need to bolster our democracies from the perspective of equality and full participation from women.

Tomorrow, Yale University will be hosting the fourth of these seminars, with twelve outstanding leaders from eleven African countries taking part this time: Dorcas Makgato-Malesu, the Minister for Nationality, Immigration and Gender Affairs, from Botswana; Rasmata Compaore, the mayor of district 12 in Ouagadougou, Burkina Faso; Edith  “Kah” Walla, President of the Cameroon People’s Party; Elizabeth Kade, Secretary of State for Foreign Affairs, from Chad; Maya Morsy, President of Egypt’s National Council for Women; Mariam Jack Denton, Speaker of Gambia’s National Assembly; Otiko Afisa Djaba, theMinister for Gender in Ghana; Nanfadima Magassouba, a former minister and Member of Parliament, Makale Traoré,  a former minister and President of REFAMP, from Guinea-Conakry; Oumou Sall Seck, the Mayor of Goundam in Mali; Asmâa Morine Azzouzi, the president of AFEM, from Morocco;  Valentine Rugwabiza, Ambassador to the UN for Ruanda; and Hibaaq Osman,  the president of Al Karama, from Somalia.

María Teresa Fernández de la Vega, the president of the Women for Africa Foundation and former Deputy Prime Minister of Spain, will also be taking part in the seminar in the opening session.

The forum will be held for the first time under the management of Emma Sky, who is also the Director of the Maurice R. Greenberg World Fellows program.

As in previous years, the forum will take place in two stages. The first will be held entirely at Yale, where over five days a team of lecturers from the university will give an intensive course of sessions on globalization, governance, global health, social activism, leadership & strategy, peace & security, and of course gender.

After this agenda, the participants will travel to Washington, where they will meet with significant individuals from the public sphere in the United States and internationally.

This initiative by the Women for Africa Foundation and Yale University has the backing of Santander Bank within the context of the collaboration that the bank has maintained with both institutions for several years through Santander Universidades.

Santander Bank is the company that invests most in supporting education in the world (Varkey/UNESCO-Fortune 500 Report), via Santander Universidades. It has 1,200 agreements for collaboration with universities and academic institutions around the world. More information: www.santander.com/universidades.