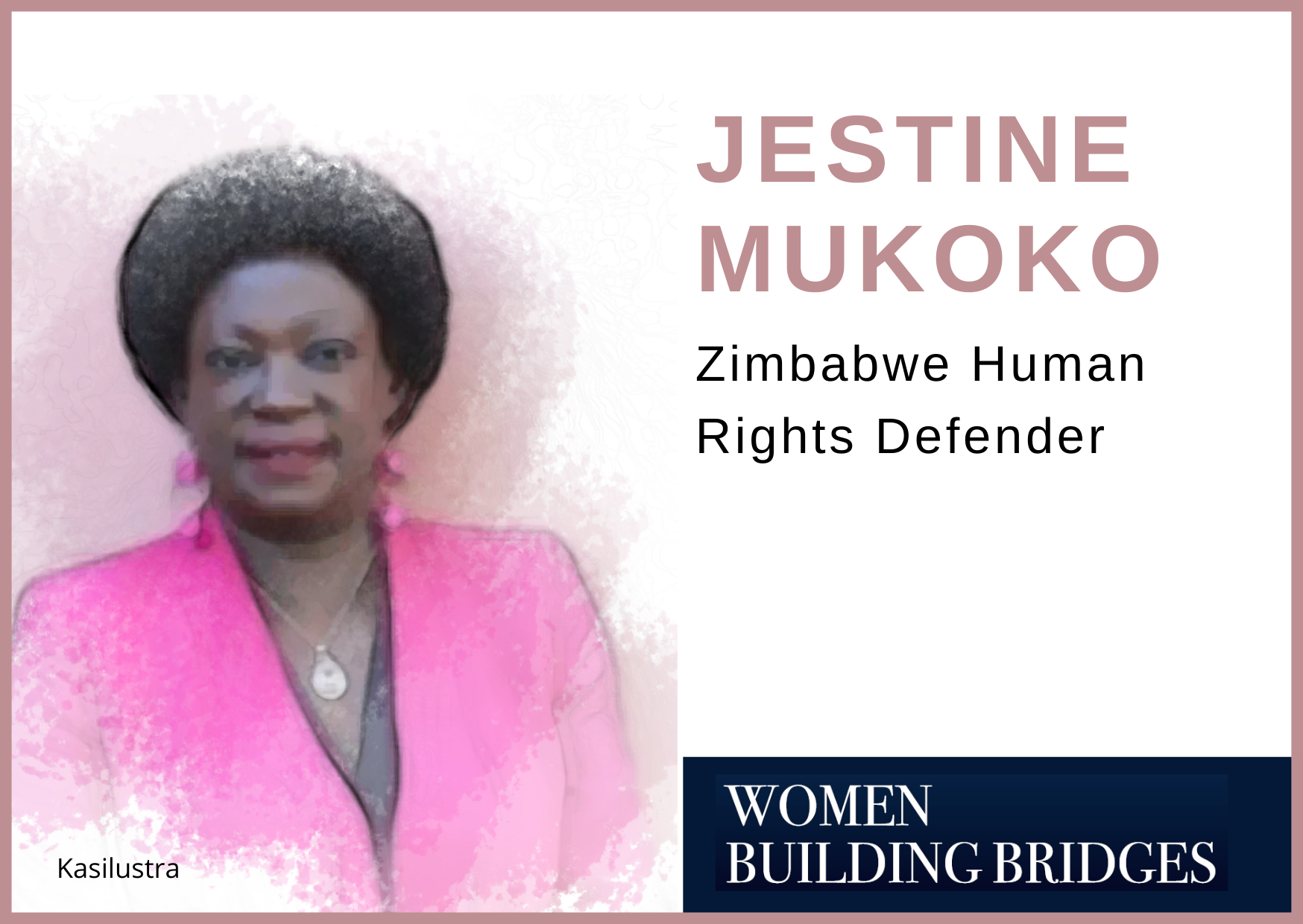 Today we  introduce you to JESTINA MUKOKO, who with Kah Walla, co-ordinates the working group “Governance and Grand Challenges”

The title “Woman of Courage” could not define her better. It is the name of the award given to her by the US State Department, wich recognizes women who have demonstrated exceptional courage and leadership in promoting women’s rights.

Jestina Mukoko, is a Zimbabwean human rights activist. She heads the Zimbabwe Peace Project, a very active NGO which, through regular reports, lists and denounces cases of human rights violations in the country. Its mission is to contribute to building a Zimbabwean citizenry that demands accountability for human rights.

Highly critical of the human rights situation in Zimbabwe, since its creation in 2000, the organization has monitored and denounced hundreds of abuses committed by the government and security forces against political activists, trade unionists, women and civil society.

Trained as a journalist with a degree in human rights, she knows that documenting and reporting what is really happening is a good place to start.

Her work to uncover truths that upset those in power led to her being kidnapped, detained and tortured in December 2008.

This sparked an international movement in which prominent personalities such as Gordon Brown, Condoleezza Rice, the so-called “Group of Elders” (of which personalities such as Jimmy Carter, Kofi Annan and Graça Machel are members) and Amnesty International demanded her release, which took place three months after she was abducted in the early hours of the morning from her home in Harare.

In the end, according to Amnesty International, the charges were trumped up by the Mugabe government as part of a wider strategy to silence political opponents.

Jestina Mukoko was not intimidated by this kidnapping. On the contrary, it was further proof that her work was important. She continues her daily struggle, from the Zimbabwe Peace Project, observing and denouncing any abuse or violation that occurs. She believes that, in the wake of the COVID epidemic, women, especially in poorer countries, have been more adversely affected.