THE STONE THAT HOLDS UP THE BRIDGE 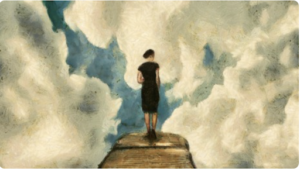 “When you touch a woman, you are touching a stone.”

In the spring of 2022, Mujeres por África will celebrate its first ten years of life, and will hold, on May 19 and 20, a meeting of all the women political leaders of its network.

This Politicians Summit is a unique opportunity to analyze the major issues that mark the reality of the African continent and to establish a roadmap in favor of democratic principles, human rights, governance and equality.

This network reaches out to all women from the South: African, Latin American and Spanish women.  Leaders capable of creating a transcontinental movement.

Five priority areas for action will be discussed during the summit:

The goal of the debate is to obtain a proposal of recommendations that will be sent to the various national and international forums – Governments, United Nations, African Union, European Union.

This documentary, which will be entitled Women, Bridges of the South, is part of this project. It aims to reflect in its images, testimonies and stories, the soul of the summit and of this world transformation project led by the women of the South.

The documentary is organized by combining three actions in a creative structure:

A DOCUMENTARY THAT TRANSCENDS THE AUDIOVISUAL SPHERE

This documentary is an integral part of the political initiative to formalize and consolidate a network of women from the South that creates innovative ways of exercising politics and offers novel strategies to address the great challenges of the continent and the 2030 Agenda for Sustainable Development.

This network already exists, it has been created under the leadership of Women for Africa. During these years, a debate has taken place with the participation of 70 top-level political representatives – presidents and vice presidents, ministers and former ministers, secretaries of state, parliamentarians, senators, members of the judiciary, and activists who have stood out for their ardent defense of women’s rights and equality, etc. – from nearly 40 African countries, which have become the best example of the immense transformative potential of women’s leadership and the new models of women’s leadership.

This feature-length documentary aims to disseminate this ambitious program through the audiovisual arts. Because there is no better companion for commitment than the cinema.

A DOCUMENTARY THAT BUILDS BRIDGES

From its very conception, we want to participate in this collaborative mentality among the women of the South.

That is why the documentary is a work of collective audiovisual creation.

Under the leadership of the Spanish director INÉS PARÍS, a team of female directors from different African countries will be created to shoot the short films in the main characters’ countries of origin and with local equipment and means.

The directors who will make the short films have already participated in the African Film Festival, directed by women, which the Women for Africa Foundation has been organizing for nine years. They are first-rate authors with whom we have already established a creative dialogue, we know their work and they know us.

We are talking about Nadia El Fani, from Tunisia; Nadine Ibrahim, from Nigeria, Desiree Kahikopo-Meiffret, from Namibia, and Machérie Ekwa Bahango, from D.R. Congo.

INÉS PARÍS is an advisor to the Foundation for audiovisual issues and in addition to her work as a filmmaker, she has experience in the realization of a similar collective work: “Ellas son África” (2010) in which four Spanish women directors shot four short films in several African countries. Chus Gutiérrez, Patricia Ferreira, Laura Mañá and Inés París herself.

The directors of the short films will attend the Madrid summit and will participate in a round table discussion on Friday 20 at 9:30 am, bringing their ideas as creative artists to the debate on the relevance and role of audiovisuals in our societies.