Véronique is a Hispanist and teaches Spanish at the University of Libreville. She is also the Director of the Escuela Normal de Libreville. In 2014 she took part in the First Congress of African Hispanic Women organized by the Women for Africa Foundation in Abidjan. 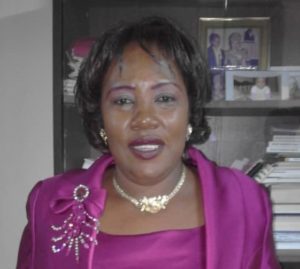 In Gabon, the number of cases is increasing daily according to official government sources.

The authorities of my country have taken measures to prevent the contagion. But they have not proposed anything exceptional. They recommend that the population respect the containment measures that have been established by the WHO and other relevant international decision-making bodies. They have also decreed a curfew from 15 March and since the 1st April the Greater Libreville area has been totally confined.

I think there is a lot of opacity, shadow and amateurism in the way the authorities are dealing with this pandemic.

There is disorganization and a lack of coordination. This situation has an impact mainly at the psychological level: there is a lot of stress and the psychosis is growing little by little. The most underprivileged population seems to be abandoned to its fate. The distribution of food vouchers is discriminatory and does not reach everyone. Public markets are always open and are not safe. It seems that if we don’t die from the coronavirus, we will starve to death.

Right now, it’s hard to live as usual. This pandemic has obviously disrupted our daily lives; nothing can be done as before. However, we are trying to keep our spirits up by at least doing the intellectual work. In particular, I’m doing some of the daily administrative work online.

My children are in a private school, the teachers send homework (mathematics and French), using the means we have, mainly Whatsapp. The government is trying to offer French and mathematics courses for secondary school exam classes via television, but the government does not have a platform to offer courses online.

During confinement, women’s domestic burdens have become heavier because in Gabonese homes, domestic tasks are generally the responsibility of women.

However, in Gabon, it is difficult to know who is most affected by the coronavirus crisis. I think it is the parents, because children are more carefree and seem to be the least morally affected at the moment. The most vulnerable Gabonese women, on the other hand, are the one who are raising their children alone and have no job to support their family. If they worked in the informal sector or engaged in petty trade, they are even more exposed.

As for my family, which is middle class, we do not have a shortage at the moment and we are getting by. But the fear of the unknown gnaws at us every time we have to go out and get supplies.

After the pandemic, Gabon will be affected from all sides, but the consequences are likely to be more devastating in terms of population than in terms of the economy. We are a small country with a very small population of less than two million. The education crisis will also be significant, because the quality of education in Gabon has already been undermined by repeated strikes and by very atypical school and academic years.