Leadership and Governance Forum in Yale 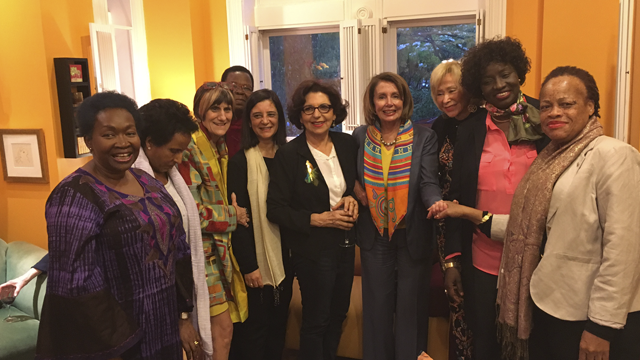 Women are Africa’s great engine today and its greatest hope. This is also true in the political sphere. In an aim to encourage them and strengthen their leadership in this crucial area for the future of their countries, Women for Africa in collaboration with Yale University (USA) with backing from Banco Santander through Santander Universidades, has launched an annual seminar: “Leadership, governance and globalisation: A Forum for strategic impact”.

This is a space for training, dialogue and a meeting point for international leaders in which African women of the highest level in the political sphere participate. The first edition was held in May 2015, with ten ministers and former ministers from Nigeria, Kenya, Mali, Morocco and Ghana taking part. Since then, another four have been held. A total of 53 women from 33 African countries have now been through the course.

The forum is held on the Yale campus in New Haven, and after the training sessions the participants go to Washington or New York to hold interviews with outstanding individuals of worldwide renown such as John Kerry, Hillary Clinton, Janet Yellen, Nancy Pelosi, Ellen Johnson Sirleaf, Sonia Sotomayor and more.

With this forum, we aim to create a network of women politicians united by a will to strengthen democracy and equality on the continent, focussing on human development and contributing to good governance, peace and, ultimately, people’s dignity and well-being.

To achieve a multiplier effect of this initiative, since 2018, Meetings of leaders have been held in different African countries (Ghana, Ethiopia and soon Nigeria) with the active participation of young generations of women leaders.