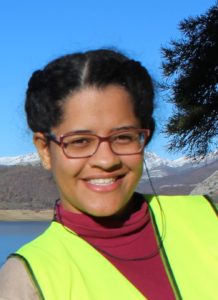 I’m in Cape Verde, on the island of São Vicente. My country is essentially a tourist and migratory country, so I let you imagine the impact we are having here, with this global pandemic situation…

Being an island country, that is to say a country made up of islands, until today, none of the situations of major global epidemics have happened so far, not even the Ebola one in Africa a few years ago.

When Covid-19 arrived in Italy, flights to Italy were banned, even though we had a lot of people there and a lot of Italians here. But the border was left open to other European countries.

As the spring school holidays approached and more and more countries were beginning to be affected by the pandemic, some tourist agencies and airlines began to advertise Cape Verde as an ideal destination without covid-19.

The country tried to prevent this by closing air and sea borders with more than 37 countries. But it was too late. The day after this measure, the first suspicion appeared and was confirmed as positive on 19/03; a 62-year-old Englishman who unfortunately died yesterday. On 21/03, two other tourists were confirmed positive, the travel companion of the Englishman, also an Englishman, and a Dutch woman. So, at the moment we have 3 confirmed cases, one already dead, another receiving treatment and another in a stable situation.

The two hotels where these tourists stayed are under quarantine. The entire island of Boa Vista was also isolated the day the case was confirmed. However, some of the people who stayed in these hotels had already left for other islands.

With this situation, the country found itself in great danger.  The Ministry of Health is monitoring about 200 people at the moment and is still trying to track down all those who have been in direct or indirect contact with these tourists. They are all under quarantine throughout the country, children at home, sports and cultural events cancelled for the moment, compulsory pick-up at 9pm… only basic functions continue to operate, but with restrictions.

It must be said that our government has an exemplary attitude of maturity and prudence, trying to think of all the possible scenarios and reacting quickly. We see a united front within the government and the opposition, which makes it easier to take all the necessary measures.

But it is not easy because the country is not prepared for scenarios like those we see in the international news. The health system will not be able to support either personal resources or medical equipment (i.e. fans and protective equipment for those who work), if there is a case of internal contamination and if the curvature of the contaminated is exponential.

In addition, the percentage of the population that has ever had health problems such as diabetes, hypertension or respiratory diseases is very high, which is an aggravating factor.

The Government and the respective institutions and companies took steps to ensure that nothing was missing in the country, at least for six months, and they passed it on to the population.

There were also irresponsible people who thought they were starting their holidays and went to the beach and other types of informal gatherings, so now it is forbidden to go to the beach as well.

All of this affects the whole country very much because practically our entire economy is based on tourism and international investment. With all of this, hotels, restaurants, land, sea and air transport companies are closed. EVERYONE will suffer. These are mothers and fathers who will have nothing to put on their families’ tables. People who’ll be unemployed, people who’ll be paying loans to banks… The government is trying to create mitigating factors for these situations and for the time being it will be able to do so, but the future is very uncertain.

It should be noted that many single-parent families are supported only by the mother who works on the street and does not have a permanent job. These are situations that will continue to require the kindness of those who can help them.

In this sense, solidarity campaigns are beginning to appear: do your shopping, buy a basic basket and give it to a family that cannot buy it; give soap and other hygiene products to the poorest neighborhoods where the volunteers go to educate them about prevention… personally, I contribute with what I can.

As a teacher, I am at home and I telework. I’m part of the at-risk population because I’m bronco-asthmatic, and I’ve been advised to stay isolated as much as possible. I am concerned, as we all are, about the present and also about what the future holds. But, for now, I am doing my part, trying to stay informed and healthy, physically, mentally and spiritually.

I wish all of you to take care of yourselves and those around you, without panic, but with caution.