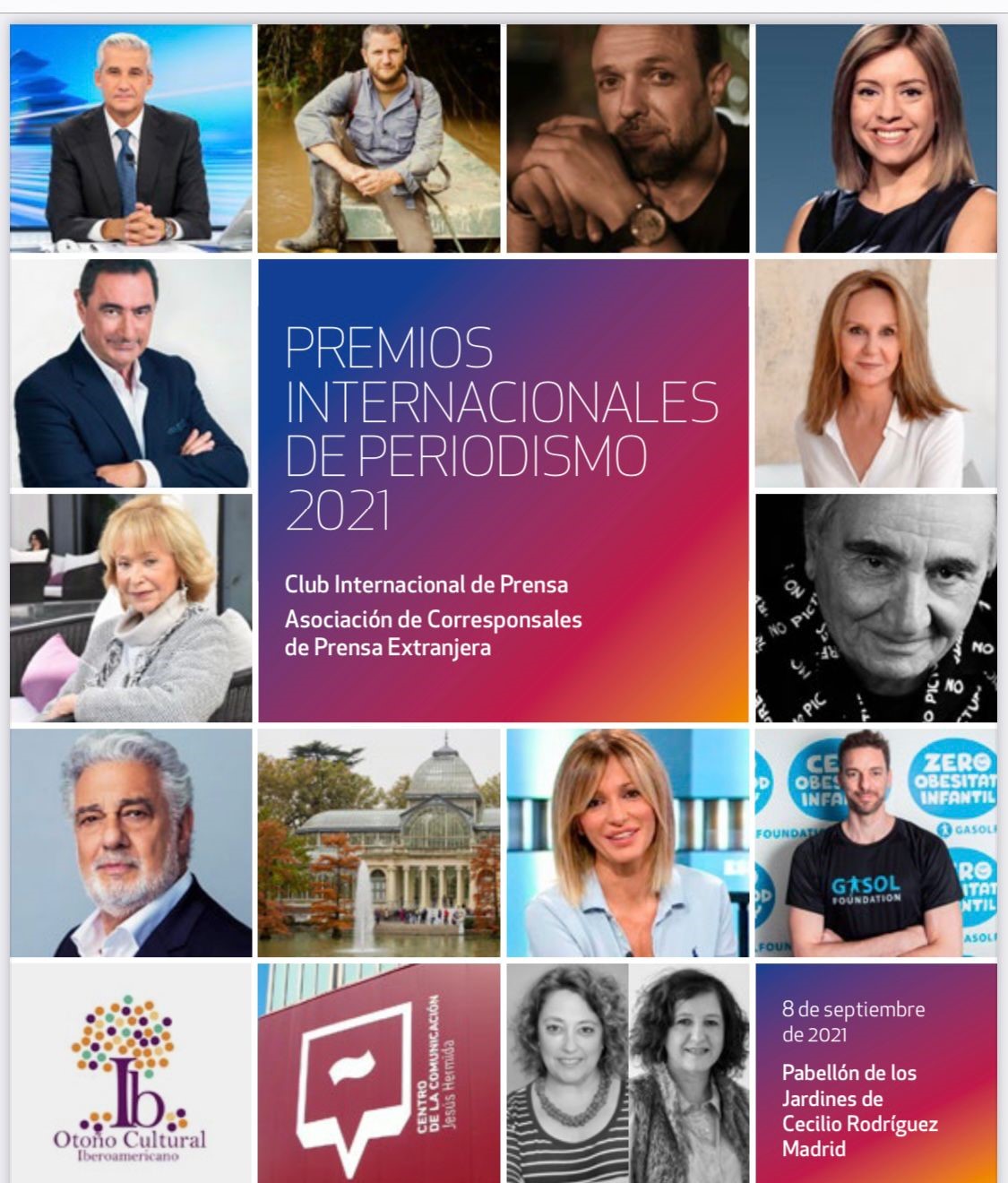 Madrid, September 4, 2021. The Women for Africa Foundation has been awarded the Prize for the defense of human values granted annually by the International Press Club (CIP), an organization that brings together foreign correspondents in our country and Spanish journalists, “for its fruitful and selfless work in favor of women on the African continent, highlighting the level of brotherhood achieved and the constancy in a work always so necessary and especially at this time”. In addition, the CIP has granted a Tribute Award to the Spanish correspondents murdered last spring in Burkina Faso, David Beriáin, and Roberto Fraile. We join in this tribute.

During the presentation of these awards, which will take place on Wednesday, September 8th, the prizes awarded by other foreign press organizations will also be presented, such as the Prize of the Association of Arab Journalists and Writers (APEAE), to Virginia Pérez Alonso and Esther Rebollo of the newspaper Público; those of the Association of Ibero-American Press Correspondents (ACPI), for the Jesús Hermida Center of Huelva in Communication and the Ibero-American Cultural Association in Cooperation; and those of the Association of Foreign Press Correspondents (ACPE), awarded to Plácido Domingo in Culture; Pau Gasol in Sports; Susana Griso in Journalism; and Historic and Singular Parks of Madrid in Tourism.

Women for Africa wishes to thank the International Press Club for this distinction and congratulates all the award winners.