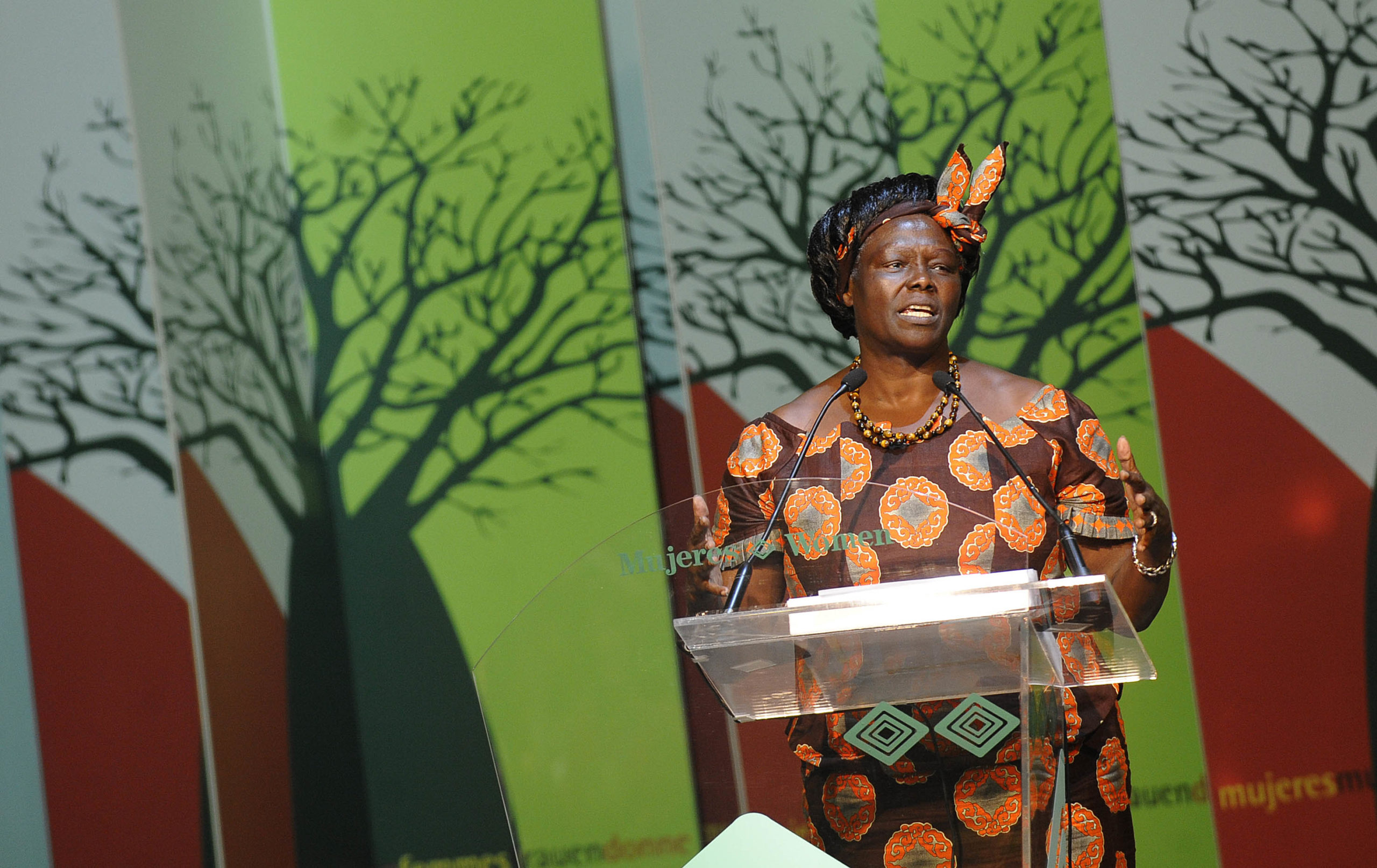 Madrid, April 1, 2020. Today is the 80th anniversary of the birth of Wangari Maathai, the first African woman to receive a Nobel Prize, the Peace prize, for her contribution to sustainable development, democracy and peace. In 1977, she had founded the Green Belt Movement, within which more than 51 million trees have been planted in Kenya alone.

Wangari, one of the foundation’s great inspirations, was not only a pioneer in defending the environment, whose connections to human rights, governance and conflict prevention she was the first to see and express worldwide. She herself was the first woman from East Africa to earn a doctorate.

But above all, Wangari Maathai was an extraordinary leader and a woman committed, as she often said, to the present and the future of the young generations. Of course, also to Equality between women and men.

The Women for Africa Foundation dedicated the first public event after its launch to pay tribute to her. With the collaboration of the Complutense University of Madrid, we created the Paseo Wangari Maathai in the Botanical Garden of the University, and in it we planted 71 trees, as many years as she lived.

Today, on this anniversary, we pay tribute again to her figure and legacy.