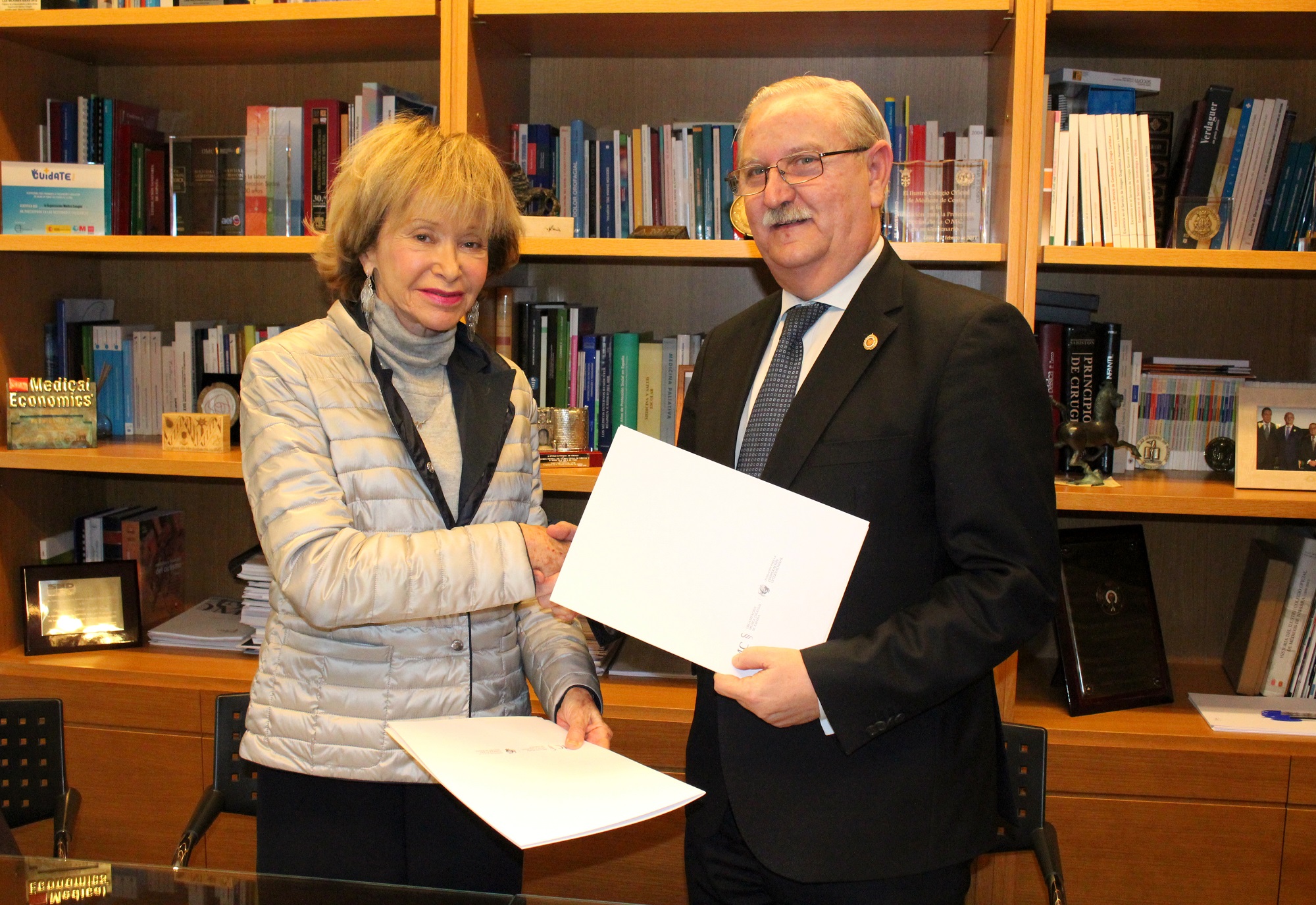 Madrid, 17th January. The Spanish Professional Medical Associations Organisation (Organización Médica Colegial, OMC), through its Foundation for International Cooperation (FCOMCI), has signed a collaboration agreement with the Women for Africa Foundation in order to work together, especially in strengthening African national healthcare systems and in programmes to train local healthcare staff with priority given to training women.

The agreement was signed by Dr Serafín Romero, the president of the OMC and FCOMCI, and by María Teresa Fernández de la Vega, the executive president of the Women for Africa Foundation. The signing took place in the OMC’s headquarters with Doctors Tomás Cobo and Juan Manuel Garrote present on behalf of the OMC and FCOMCI as vice-president and general secretary respectively; and Ms Marta Villa on behalf of the Women for Africa Foundation as its director general.

After signing the agreement, Dr Serafín Romero expressed his satisfaction with this agreement, which “opens up new paths for collaboration between the two organisations, taking a step forward in aid and cooperation,” and which has begun “something so important” as promoting access to healthcare around the world. He also gave his support to carry out as many activities as necessary to spread and promote healthcare for women in Africa and to foster research and training for professionals on the continent. “We are committed to these problems, which affect everybody and which must be denounced,” affirmed Dr Romero, who also reiterated his thanks for this agreement, which “will bear fruit”.

For her part, María Teresa Fernández de la Vega highlighted the “OMC’s generosity as a respected, reputed and admired organisation,” which with this collaboration shows its “commitment to Africa, women and the great work being done by the citizens of the continent in terms of cooperation.”

After warning that 800 women a day die due to maternal health problems, of whom two thirds are in Africa, and that 400 million people in the world do not get maternal and child health, she pointed out that it is a “not only a problem of health, but of justice, equality and respect.”

For this reason, in this struggle “it means a great deal to have the backing of this organisation, which represents the medical profession and Spanish doctors, who are great professionals.” “Thank you; it is an honour and a privilege. We could not have a more satisfactory, promising and committed alliance than this, which opens up many expectations of being able to have an effect on this matter accompanied by you,” she stated.

With this collaboration agreement, the two organisations agreed to jointly promote the launching of training courses for local healthcare staff, with priority given to training women; to fight against obstetric fistula in terms of both prevention and cure; and to foster knowledge in the sphere of healthcare via training courses and research in Africa and Spain.

They are also willing to work on projects that help the most disadvantaged people to gain access to quality medical assistance and to support campaigns for education about health among the target population. They will also foster programmes to strengthen public healthcare systems in order to improve the assistance, their structures and institutions, by setting up exchange programmes for medical professionals and training for local healthcare professionals. Furthermore, they will support campaigns to take part in humanitarian emergencies and international cooperation for development and to strengthen the local medical profession in poor or developing countries.

The two foundations work in the field of public health and have common interests. These include helping to reach Sustainable Development Goal 3 to ensure a healthy life and to promote well-being for everybody, fostering activities in the field of maternal and child healthcare in Africa, and promoting knowledge, training and research in areas related to health—and especially to women’s health. To sum up, they work for the right to health.