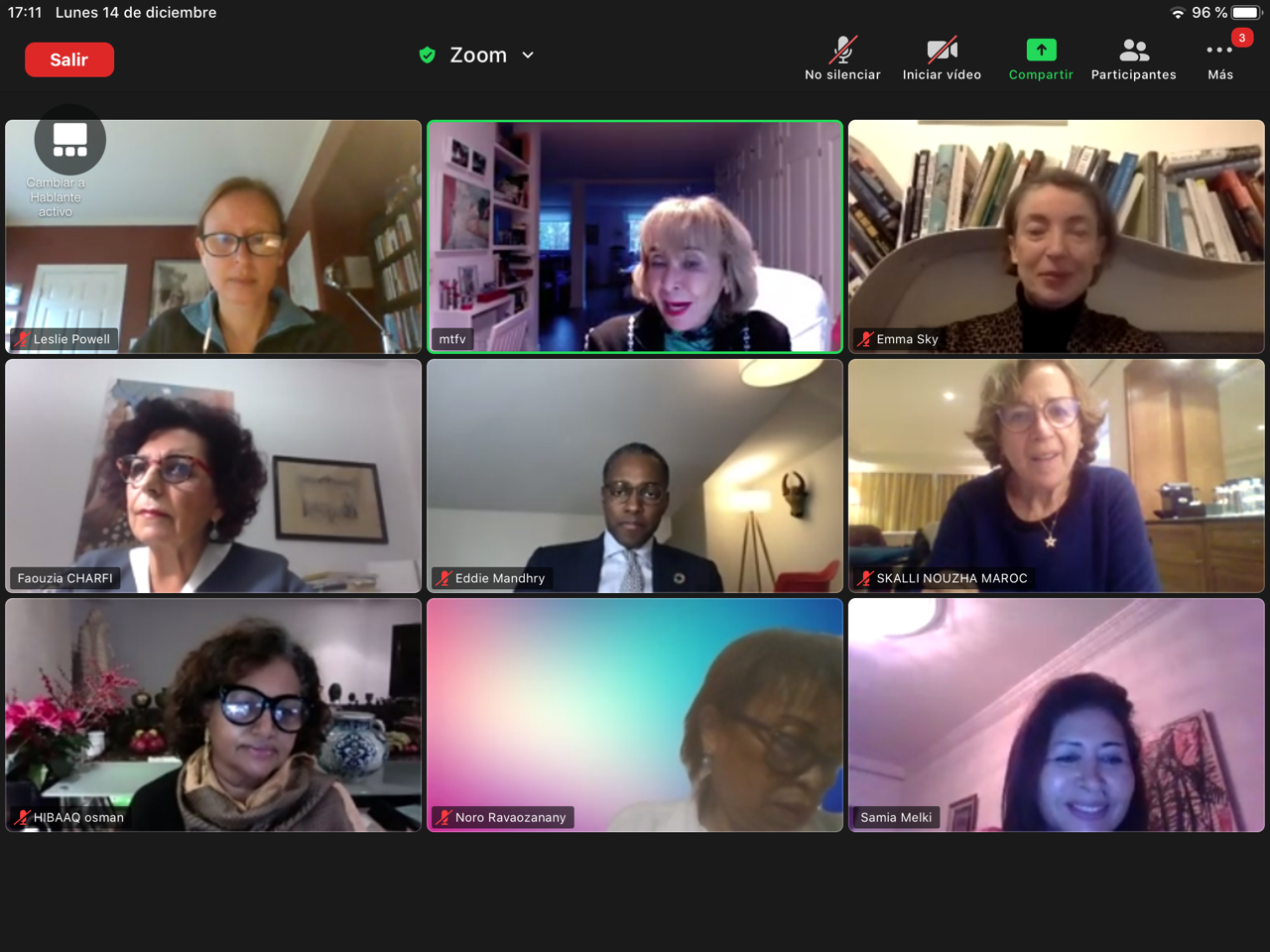 Madrid, 15 December 2020. The sixth edition of the Yale Strategic Leadership Forum, organised by Women for Africa in collaboration with Yale University and with the support of Banco Santander through Santander Universities, came to an end yesterday.

This edition has been held in its entirety since the end of June and by telematic means due to the mobility restrictions caused by the pandemic. There have been sessions given by Yale professors and others in which African political leaders who have participated in previous editions of the Forum have taken part and which have been open to the general public.

The last of these, held yesterday, was devoted to analysing the progress of the programme in this exceptional year and to proposing content and initiatives for the coming years.

In all the Forum’s webinars this year, the analysis of the effects of the pandemic in Africa and especially on women, who as major caregivers and operators in the informal economy have suffered more severely from its consequences, has had a special presence. Health as a fundamental element of all policies, the increase in inequality in the labour market, the resilience of African women and their efforts for peace were some of the main topics discussed.

With the African leaders of this edition, there are now 57 high-level politicians from 30 African countries who have taken part in this program, personally promoted by María Teresa Fernández de la Vega. The main objective of the project is to create a network of African women leaders committed to strengthening democracy and equality on the continent, focusing on human development and contributing to good governance, peace and, in short, the dignity and well-being of people.