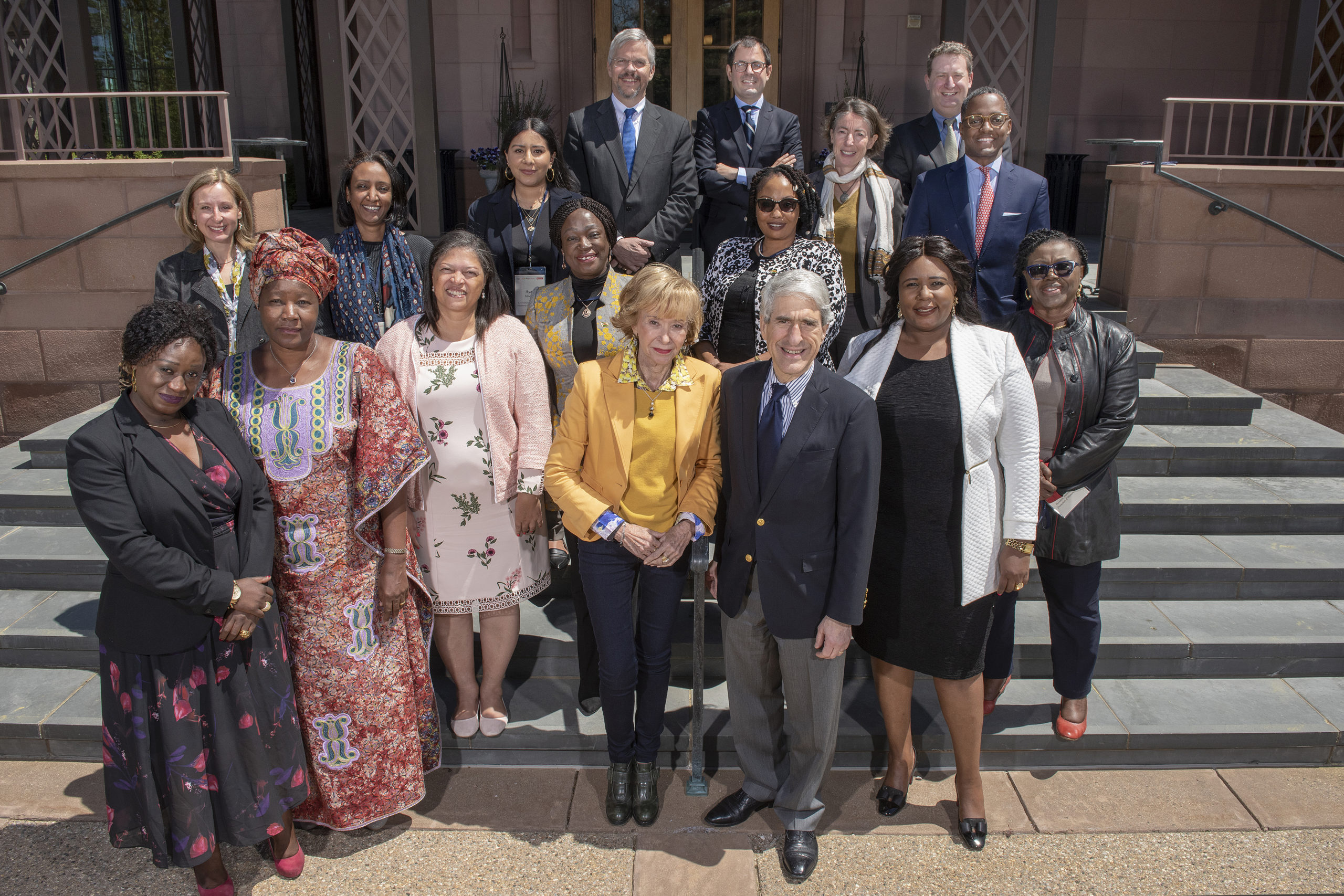 Madrid, June 29. Today, the sixth edition of the Strategic Leadership Forum organized by Women for Africa has begun, in collaboration with Yale University and with the support of Banco Santander through Santander Universidades.

The inaugural session, held today, had the previous interventions of our president, María Teresa Fernández de la Vega, and the director of the Forum, Emma Sky. After them, the Yale professor Marcela Nunez-Smith, expert in Epidemiology, Public Health and Management, who have lectured on the topic “Health in all policies” and Rohini Pande, economist, who have lectured on the topic “Covid-19 and the exacerbation of gender inequalities in labor markets ” have intervened. All this within the main title of the session: “Women, pandemic and economic crisis”.

Besides, given the critical moment we are experiencing and the content highly focused on the pandemic and its effects, all participants in previous editions are invited to attend the virtual sessions of the Forum.

With the African leaders of this edition, there are already 57 high-level female politicians, from 30 African countries, that have taken part in this program, personally promoted by María Teresa Fernández de la Vega, who aims to strengthen democracy and equality in the continent, putting the focus on human development and contributing to good governance, peace and, ultimately, the dignity and well-being of people