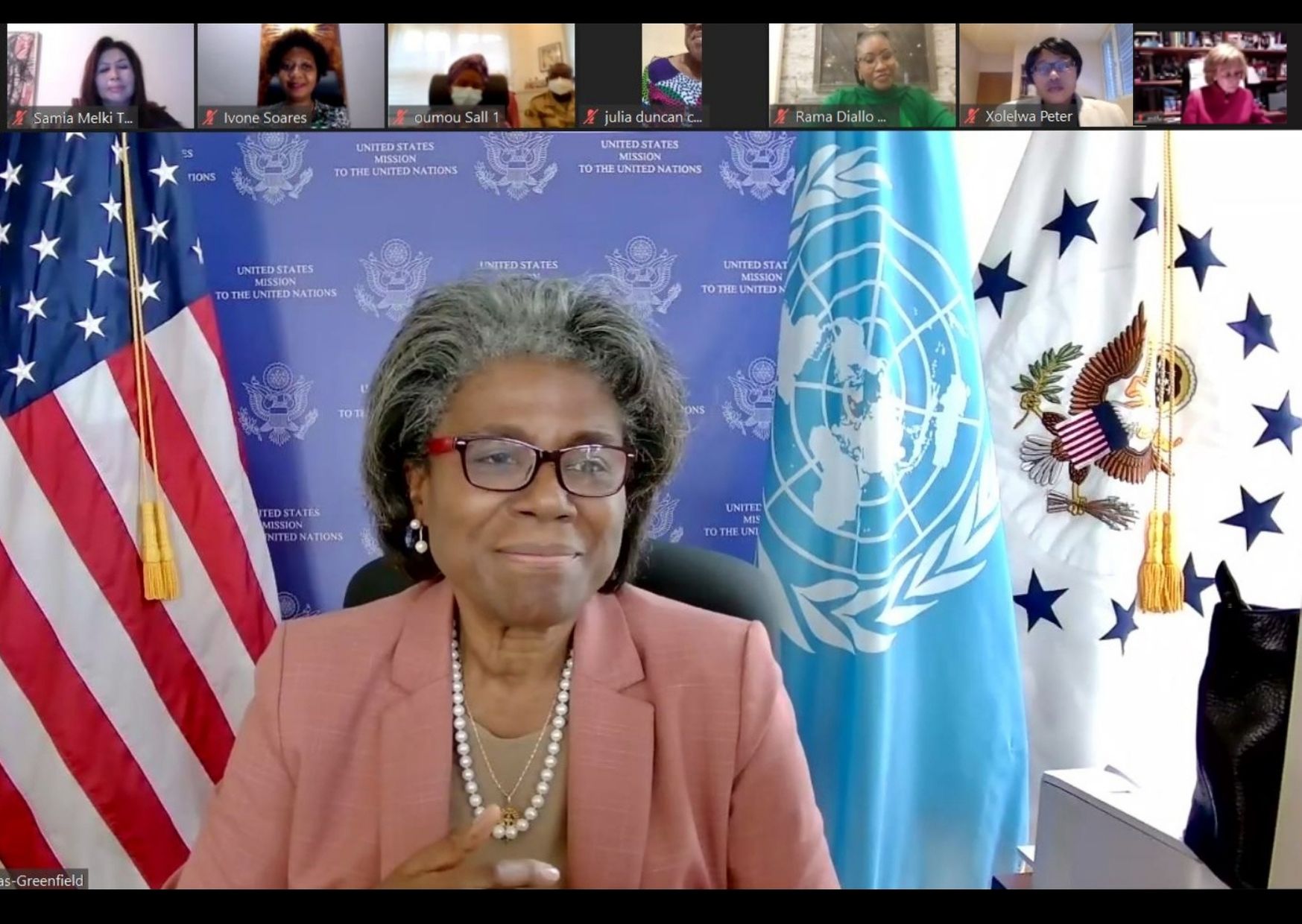 Madrid, 14th of April 2021. The seventh edition of the Strategic Leadership Forum at Yale, organized by Women for Africa in collaboration with the University of Yale and with the support of Banco Santander through Santander Universidades, began yesterday with a lecture presided by the Ambassador of the United States to the United Nations, Linda Thomas-Greenfield.

This edition, which once again will be online, is aimed at every participant in this program since its beginning in 2015. Therefore, there will be nearly 60 African women political leaders, from around 30 countries, who may attend the various sessions.

The Forum will offer three types of webinars with the general title “Las buenas políticas” (“Good policies”), 4 of this sessions will be given by the Yale faculty and they will discuss topics about education, economics, health and climate change. There will also be 4 events which will be attended by high-level representatives from the new American administration. To this group belongs the speech given yesterday by the Ambassador Thomas-Greenfield.

Finally, another four sessions will be held focusing on building a community and mentoring among the participants.

Tomorrow, 15th of April, the first session will be held by Yale on Education and Skills for the Future. A discussion on education policy lectured by professors Clare Lockhart, Mira Debs and Seth Zimmerman.

The event held yesterday with Ambassador Thomas-Greenfield, designated by President Biden to the UNO, which was moderated by another ambassador from the United States, Bisa Williams, the leaders participating in the Forum had the opportunity to exchange impressions on the new foreign policy in the USA. Terms such as multilateralism were once again present after four years of not having been heard from a USA official.

“America is back”, said the ambassador, who also claimed that Africa will be at the top of her political agenda. Words that sounded delightful to all the participants.

With the African leaders in this edition, 57 high-level women politicians, from 30 African countries, have already participated in this program, personally launched by María Teresa Fernández de la Vega. The project’s main objective is to create a network of African women leaders committed to strengthening democracy and equality on the continent, focusing on human development and contributing to good governance, peace and, in the end, dignity and well-being of people.