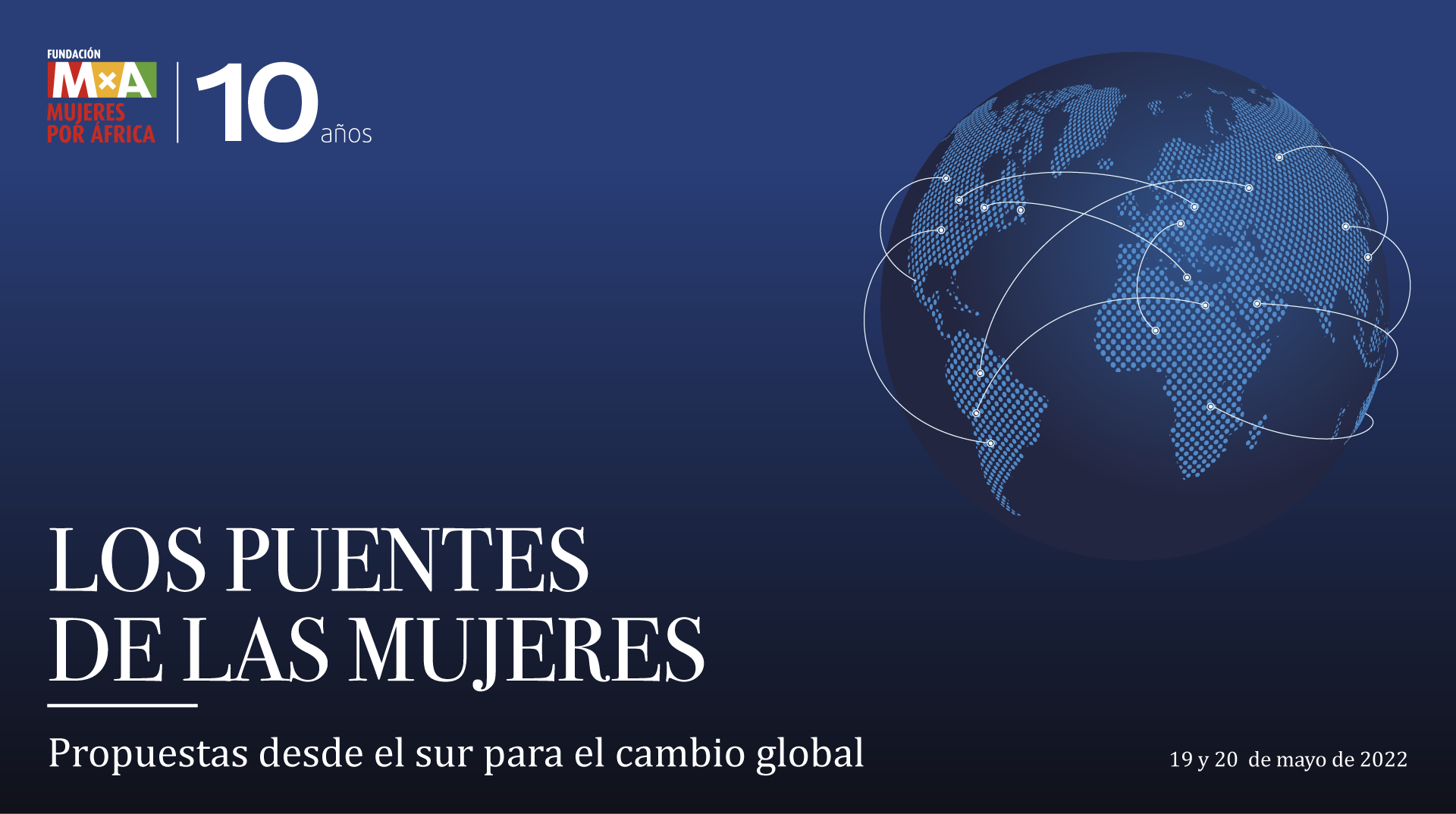 Since 2015, the Fundación Mujeres por África has been organizing, with the support of Banco Santander, a forum for reflection on governance and strategic leadership at Yale University, which has been attended by African political leaders of the highest level. And now, finally, we are going to bring them together at the conference “Women’s Bridges, proposals from the South for Global Change”, which will be held in Madrid May 19th and 20th under the presidency of our honorary president, H.M. Queen Letizia.

We are also doing so on our tenth anniversary. Mujeres por África was born in 2012 and there was no better way to celebrate it than bringing together all these magnificent leaders, along with many others that we have been joining our network of African politicians.

This organization has always been aware of how crucially important the presence of women in top political positions is in order to make equality go forward. Politics around the world has so far only reflected the values of the predominant male gender. It is high time, it has been high time for a long time, that women’s values also count.

The conference will be held in two auditoriums of the UNED, and will bring together around 70 African political leaders, but also an important group of Latin American politicians and activists, as well as numerous heads of international organizations. The conference is called Women’s Bridges. Bridges that women build with their solidarity, with their shared visions and objectives, working together. Bridges that, this time, are going to unite women from the south: African women with Latin American women, and also with the European women from the south, Spanish women, to make proposals to the international community.

Proposals that we have been working on with them for months on the basis of a basic document that the leaders are commenting on, expanding and enriching with their contributions, and to which we will dedicate the entire first afternoon of the conference, because that is what it is all about. It is about the women of the south making their voices, their arguments, their demands, their objectives heard. Objectives that are not only aimed at women, but at the international community, at global citizenship.

At the Fundación Mujeres por África we are going to take these proposals to all African and Latin American governments, to regional bodies and international agencies, to all organizations with power and influence, so that they are taken into account, as the most powerful women in Africa, as well as very influential Latin American women, are going to be in Madrid next month.

Also, on the occasion of this conference, Mujeres por África is going to produce its second feature-length documentary. The first one was one of our first projects. It was called Manzanas, pollos y quimeras, translated to English as “Apples, Chickens and Chimeras” and was directed by Inés Paris. It featured a group of African women living in Spain in order to break the clichés about them. All readers can enjoy it on our YouTube channel.

Now, this same director, who is also our audiovisual advisor, is going to shoot a new documentary around the topics of this conference and the political leadership of women from the South. Four African women directors will be involved in its production, each of whom will be making a short film about an emblematic woman from their country, who will also be attending the summit.

Their names are Nadia El Fani, from Tunisia; Machérie Ekwa Bahango, from D.R. Congo; Desiree Kahikopo-Meiffret, from Namibia; and Nadine Ibrahim, from Nigeria.

In the organization of this conference we are counting on the great support of the Spanish Government, which is accompanying us at all times, especially from the Ministry of Foreign Affairs, but also from the Ministry of Culture. President Pedro Sánchez will attend the opening session.

We would also like to thank our Board of Trustees for their support, which has deeply involved itself into this conference. In particular, we would like to thank Banco Santander, which has been with us from day one in our work with political leaders.

Thanks also to the UNED, which will be our host in an absolutely altruistic way, and to its dean, Ricardo Mairal.

And finally, thanks to our honorary president, Her Majesty the Queen, who has supported this conference from the beginning and will chair the opening session on the 19th.