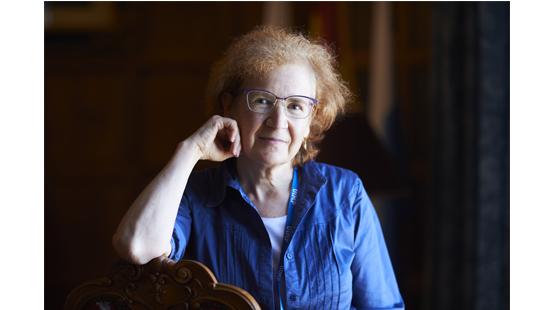 6th of May. In November 2019, the great scientist Margarita Salas passed away. She was the godmother and supporter of our Ellas Investigan program since its inception.

Her position on the International Scientific Committee of this project has now been taken over by another great Spanish researcher, Margarita del Val. PhD in Chemistry, with a major in Biochemistry and Molecular Biology from the Autonomous University of Madrid (UAM by its Spanish acronym), she is currently working at the Severo Ochoa Centre for Molecular Biology of the Spanish National Research Council (CSIC by its Spanish acronym) and the UAM.

She represented Spain at the European Medicines Agency, and is a member of the Royal National Academy of Pharmacy. She is also Coordinator of the CSIC’s Interdisciplinary Platform in Global Health.

Margarita’s research focuses on the study of the immune response to viral infections. In other words, she investigates basic aspects of how vaccines work.

She also studies the mechanisms of selective recognition and elimination of infected cells, and the potentiation of the memory of antiviral cytotoxic T lymphocytes, which is the basis of long-lasting immunisation.

It is therefore not surprising that our advisor has become one of the leading voices throughout this pandemic, during which she has been carrying out intense work to disseminate scientific knowledge.

The International Scientific Committee of the Ellas Investigan program, one of the very few postdoctoral fellowships that has remained active over the last year despite the restrictions, is made up of ten members, all of them scientists from different African, European and American countries.