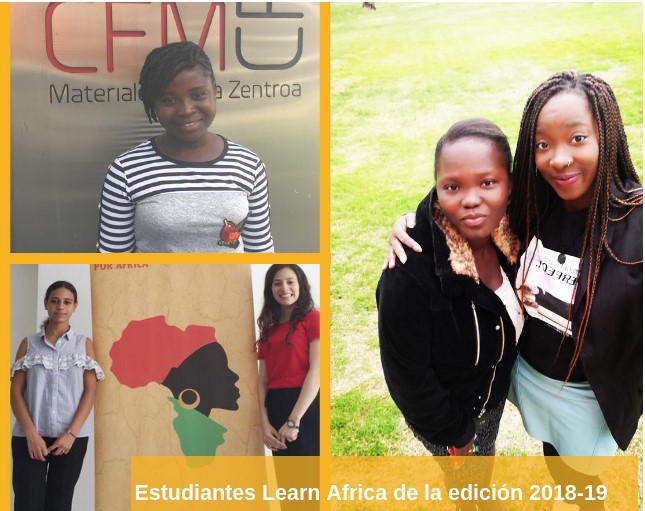 Madrid, the 12th of July 2021. Women for Africa Foundation has just issued new invitations for two of its main programmes, Learn Africa Canarias’ third offer of courses designed by academic institutions in the islands, and Science by Women’s seventh edition.

Learn Africa Canarias offers ten university training courses with a strong social, health and development vocation in what will be its last round for 2021.  La Laguna University offers the course “Women as Health Agents in Africa” in Spanish and French, a course in English on Agroecology and another on Tourism and Women in Africa.

The Canary Islands’ Health and Social Services School offers three courses: “Good practices for the prevention of gender-based violence”, “Ensuring health and well-being: the SDGs and the 2030 Agenda” and “Mental health promotion, resilience and SARS COV-2”.

In the three calls for applications launched by Learn Africa Canarias programme, a total of 76 courses have been offered for which female students or graduates of African universities have been and still are eligible. So far, nearly 200 young women from the continent have benefited from the programme.

Science by Women, Women for Africa’s most important programme in the scientific field, has registered a spectacular growth since it was launched in 2014 with five associated research centres and is opening its seventh call for applications with 22 of the 28 centres that regularly participate in the project.

Science by Women brings senior African female researchers to the partner scientific institutes for a six-month stay to carry out, in collaboration with these institutes, projects previously selected by the programme’s Scientific Committee.

The centres joining the programme are the Institute of Materials Science of Barcelona (ICMAB); IIS Biodonostia; and INCLIVA, the Research Institute of the Hospital Clínico de la Comunidad Valenciana. The company Abertis has also joined as a sponsor and will finance the selected researcher’s stay at the National Centre for Biotechnology in Biodiversity.

So far, 78 African female scientists have participated in Science by Women, which will increase to more than 100 with those selected in this new call, open until September 30th.