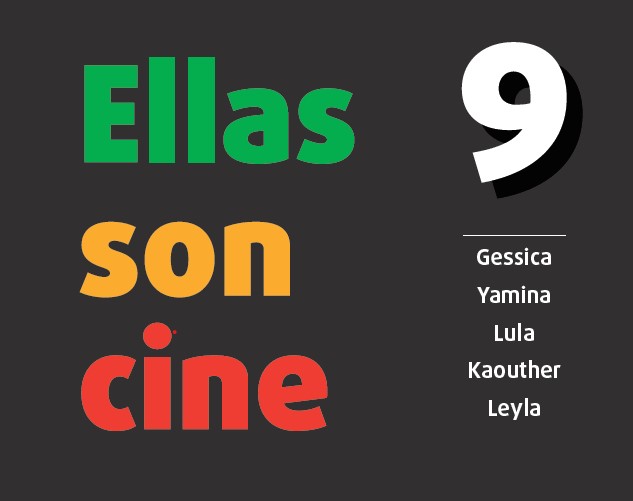 Madrid, November 8, 2021. Ellas son Cine celebrates its returns before Christmas. From the 14th to the 18th of December, our festival, featuring African women-directed films will be held for another year, making it its ninth year. The selection of films strives to present a plural, innovative and feminist vision of the African film scene.

The show will take place, as usual, in the Sala Berlanga, the cinema of the SGAE Foundation, located on Andrés Mellado street in Madrid. All films will be screened at 19:30.

On Tuesday, December 14, the exhibition will open with Soeurs, by the French filmmaker of Algerian origin Yamina Benguigui, who, in addition to being a prestigious director, has held important political seats in France.

Benguigui was elected in the 2008 municipal elections to represent the 20th arrondissement of Paris in the Paris city council, dealing with human rights and the fight against discrimination. She was also Minister for the Francophonie in the French Government during the presidency of François Hollande and has been decorated in France with the Cross of the National Order of the Legion of Honour and as an officer of the National Order of Merit.

Soeurs is a family drama with autobiographical traits, in which Benguigui reflects the situation of women of her generation, coming from Algerian immigration, who are torn between emancipation and the weight of family history. The film presents as a backdrop the tensions of the Franco-Algerian conflict during the 1960s and its aftermath over time.

The screening will be followed by a discussion with the director, who will travel to Madrid for the occasion. Also participating in the debate will be Teresa Langle, general director of the Women for Africa Foundation, Inés París, filmmaker, former president of the SGAE Foundation and advisor to the Women for Africa Foundation, and Guadalupe Arensburg, curator of the cycle and one of the leading specialists in African cinema in Spain, author of the book Cinematographies of Africa. An encounter with its protagonists.

Dhalinyaro, the first feature film in the history of Djibouti’s cinema, will be screened on Wednesday 15th. Lula Ali Ismaïl’s debut feature film portrays the economic inequalities and challenges of this small East African country through a portrait of its youth.

L’homme qui a vendu sa peau, a film by Tunisian director Kaouther Ben Hania, nominated for Best International Film at the last Oscar Awards, will be screened on Thursday 16 December.  A powerful drama that reflects the consequences of the Syrian war and the exodus of its population. In the sixth edition of Ellas son Cine, in 2018, we saw another film by this director, Aala Kaf Ifrit (La belle et la meute).

On Friday, the 17th, Freda, a film directed by Haitian filmmaker of African origin Gessica Généus will be featured. The film reflects the escalation of violence in the Caribbean country after the 2010 earthquake, the prevailing racism, and the urgency to emigrate in search of a better life. All this through the eyes of Freda, a young woman who chooses to stay and fight for her ideals and the future of Haiti.

The festival will close with Une histoire d’amour et désir, by Tunisian Leyla Bouzid. Her latest feature film shows the difficulty of breaking free from cultural taboos, the weight of religion and traditions, even for the generations born in France after the immigration of their elders. This is her second appearance at the festival after the screening in 2016 of À peine j’ouvre les yeux.

On this occasion, both the action of the films and the lives of the filmmakers are set in places that go beyond the boundaries of the African continent: France in the case of Soeurs and Une histoire d’amour et désir, Haiti in Gessica Généus’s film, the Middle East of L’homme qui a vendu sa peau and the Canada where Ali Ismaïl grew up, are examples enough to show that Africanness is present in every corner of the planet and that it affects very different contexts and realities.

Ellas son cine is the Foundation’s main audiovisual project. The exhibition aims to promote knowledge and enjoyment in Spain of films directed by African women. So far, Ellas son Cine has screened 42 feature films and 7 short films from 18 countries.