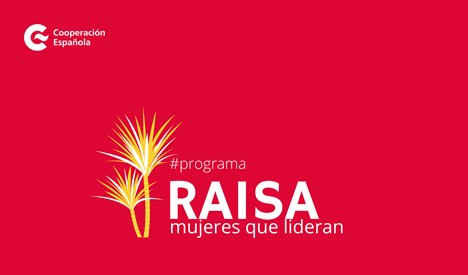 Madrid, October 21, 2021. Women are diverse. So are their approaches, perspectives and demands, and above all the environment in which they live, which inevitably marks their thinking and actions.

But there are many things that, despite physical distance, different cultures, beliefs, or situations, unite all committed women.

The Women for Africa Foundation is going to carry out a dialogue activity entitled DIFFERENT BUT EQUAL with 20 African women leaders who will come to Madrid next week, invited by AECID and the Ministry of Foreign Affairs, European Union and Cooperation within the Raisa program. This new Spanish cooperation program aims to give a voice to African women and find lines of collaboration between Spain and the African continent.

To carry out this dialogue, the women leaders will meet in groups according to their profession or activity and each of these groups will have a counterpart, a Spanish woman prominent in the same field, with whom they will have a conversation about the situation they find in their respective environments, the points in common and those in which they differ. All this is in order to establish a common agenda and identify all the possible synergies between them.

Among the African women coming to Madrid as part of the Raisa program are activists for gender equality, legal professionals, academics, public administration officials in their countries, communicators, and businesswomen.

After the dialogues, in a second session of the activity, an African woman and a Spanish woman from each of these fields will publicly present the conclusions of their conversation in an event at Casa Árabe on Tuesday, October 26 at 3:30 p.m. The event can be attended in person or via streaming.

Likewise, as a closing event of the Raisa program, also at Casa Árabe on Friday the 29th, at 11:30 a.m., the African women leaders will present their image of our country and how they have lived their “Spanish experience”.

For more information on the Raisa program, click here.