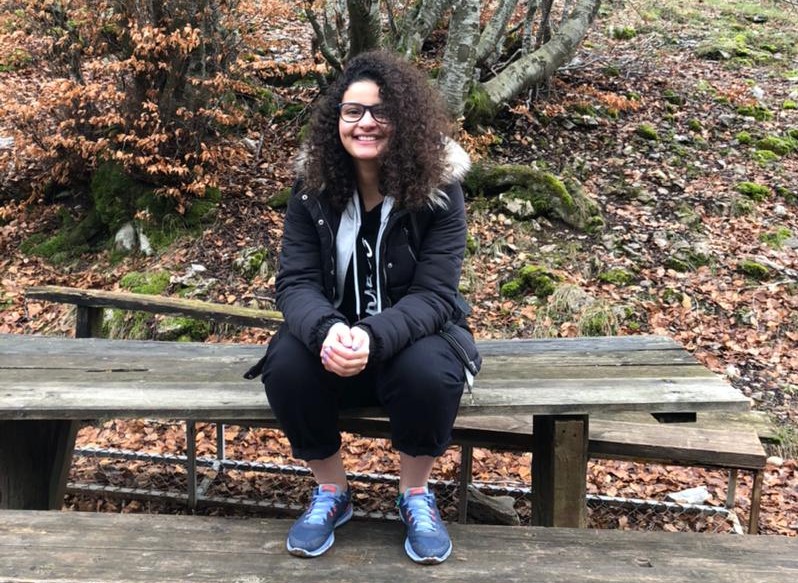 She has just received an Erasmus+ recognition from the SEPIE (Spanish Service for the Internationalisation of Education) for her work at the University of León.

Naday came to Spain thanks to the Women for Africa Foundation, as a scholarship holder of the Learn Africa programme, which allowed her to pursue a Master’s degree in Linguistics and Teaching Spanish as a Foreign Language between 2019 and 2020. After that, she returned to Tripoli, where she’s now a professor in the Spanish department of the Faculty of Languages at the University of Tripoli-Libya.

“After spending two years in Spain studying, enjoying and getting to know further about the culture, I feel better prepared, more responsible and more open-minded. These two years have changed many things in my personality and have allowed me to develop my professional experience. I value so many things from my time as Master’s student, as well as from my stay in León, that I cannot even list them all. However, if I had to choose, I would actually point out the great knowledge and professional experience I have gained, as well as the friends I have made. These are memories that I will always carry with me,” she says now that she’s back in her country.

Setting up her Spanish Club in Tripoli

She has always had a great passion for the Spanish language. Besides her work at the university, she gives private lessons and organises her SPANISH CLUB, a forum where Spanish lovers and those interested in Spanish have a place to learn and carry out activities related to the language.

Naday explains that in the last six years there has been a growing interest in learning Spanish in Libya. “The Spanish department of the Faculty of Languages is the most requested by the students of that faculty. The same is true for the language schools where Spanish as a Foreign Language (ELE by its Spanish acronym) is taught. In general, the Spanish language is very well regarded and drives interest among Libyan citizens, and the most curious thing is that the students interested in learning it are of different ages and from different specialities”.

She looks to her future with hope and ambition: “As I told you in my first interview when I arrived in Spain, I still have the feeling that, in the future, I’ll be one of the most important and influential women regarding the Spanish language, both in Libya and in the Arab world”.

She knew her life would change after her Master’s degree 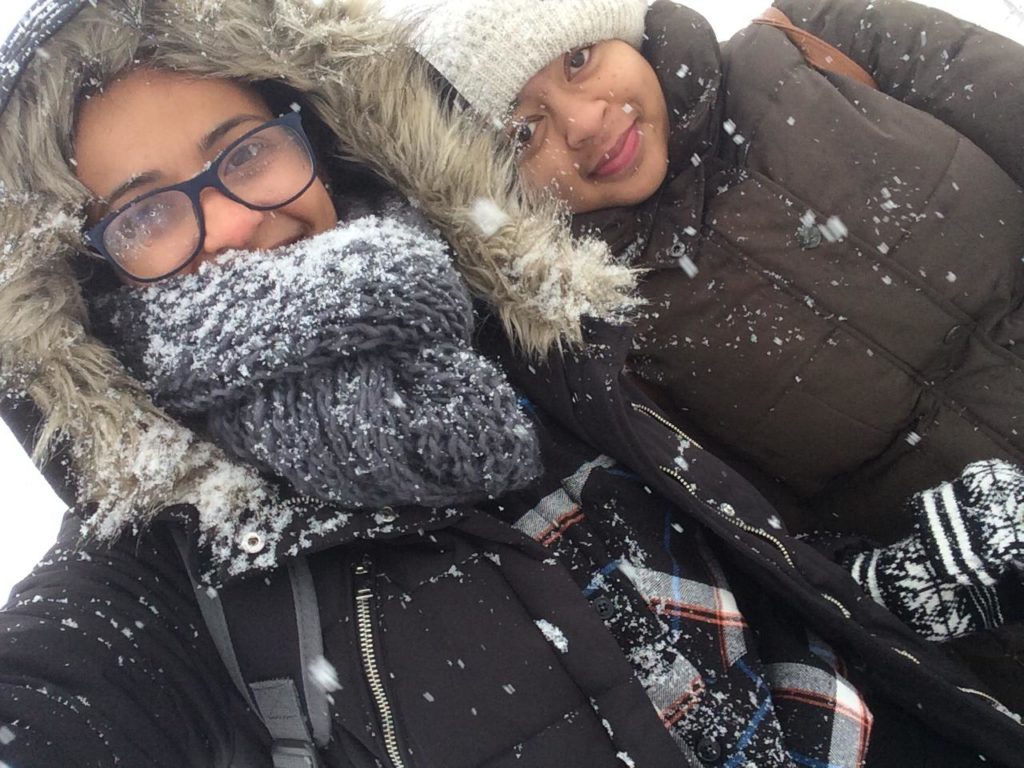 She still remembers the first time the Women for Africa Foundation contacted her to notify that she had been chosen for a Learn Africa scholarship. “From then on, I knew everything would change.”

She says she misses many things about Spain and León, “among them, my partner, friend and sister Miharimanjaka” (Miharimanjaka Océane is also a Learn Africa scholarship holder. She’s from Tanzania and is about to finish her PhD. The photo depicts the two friends on a snowy day). “I often remember our walks, laughs and adventures.”

“I also miss very much all the staff of the International Relations Office of the University of León, great people who welcomed me with all the affection in the world.  Overall, I miss Spain and its kind people.”

She thanks all those who have helped and supported her to achieve her dream. “Thanks to their trust, I have been lucky enough to learn in the best conditions. Now, it’s my turn to try to train new generations, help to open new doors and give opportunities to other women and other people interested”.

She is already one of the many Libyan women that are ready and willing to work and play a key role in uplifting the country and contributing to its development in the political, social, cultural and economic fields.

Here at the Women for Africa Foundation we wish her a bright future and are proud to have had her as a scholarship holder.

Click here to watch the moment in which she is awarded the recognition, on April 20th.