Mpule estudied  in Madrid a Master Dynamics of Cooperation, Conflicts and Negotiation in International Relations and Diplomacy within the framework of the Learn Africa scholarship programme  in UAX. 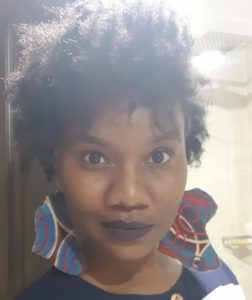 Before there were any recorded cases, the government had taken measures to inform the nation to exercise preventative measures such as avoiding unnecessary travel outside the country, social distancing especially in public spaces and self-quarantine for those that had recently travelled back into the country.

These precautionary measures were suggested after most neighbouring countries had begun to slowly register cases and since Botswana is a landlocked country this posed a great danger to us. Communities and Civil society immediately sprung into action, sharing tips on how to prevent contracting or spreading the virus such as how to properly wash one’s hands, how to greet each other without shaking hands and some set up DIY hand washing stations in public places. There was also a government directive to close all schools.

Now, there is a total border shutdown and cross-border movement and entry is prohibited. The country is also under lockdown and a state of emergency has been declared by the President of Botswana in a bid to prevent what may possibly be an uncontrollable national pandemic. Government Ministers from various sectors that have been or may be affected most by the state of emergency have been holding press conferences to address the nation on what may be done and how the government intends to help assist those that will be affected. If this continues it could prove detrimental to the country’s economy and a lot of lives will be disrupted. What remains a cause for concern are the far-reaching ramifications of this pandemic on different sectors and services, I have tried to summarize some of them as observed below;

In general, although there may be some hiccups and it took some time, the Government’s response to this pandemic has been proactive and assuring. The Minister of Health and Wellness has swiftly taken the lead in providing regular national updates. A lot of individuals, companies and even churches have shown support by donating some funds to the national COVID-19 relief fund. At this point, being confined to my house and all sense of normalcy gone, I can only hope that the rest of the country strictly adheres to the lock down and social distancing rules and that we are able to avoid a national pandemic.