Martha Ogochukwu has a degree in Political Science and was a beneficiary of the Learn Africa scholarship programme in 2018-19, thanks to which she studied a Master’s degree in Political Science at the Universidad Autónoma de Barcelona (UAB). She lives in Wukari  Taraba State, where she is a Graduate Teaching Assistan  at the Federal University of Wukari and hopes to be upgraded to an Assistant Lecturer  when she gets her Master’s certificate from the UAB. 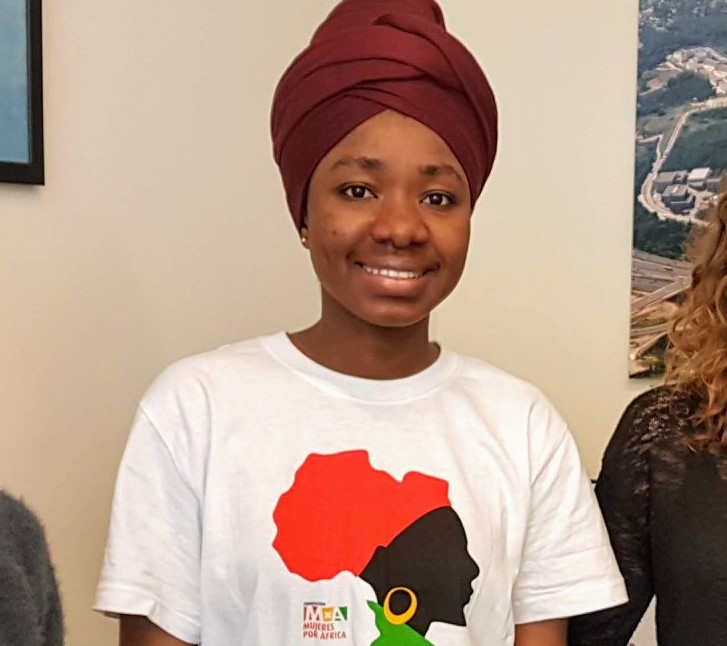 It’s only been a couple of months since the discovery of the deadly Covid-19 global pandemic; but, sadly, the disruptive effects occasioned by this unprecedented crisis is taking an insufferable toll on every aspect of human existence. As elsewhere in the world, Nigeria is not insulated from the scourge and its accompanying severe realities.

Nigeria recorded its index case in the country’s commercial hub and most populated city, Lagos, on February 27, 2020. It was an imported case from Italy. Since then, we have seen what started as a slow rise in the number of affected cases to a wildfire escalation in such a short timeframe. As of May 26, Nigeria has reported a total of 8344 confirmed cases, out of which 2385 have recovered and 249 died – Nigeria is fourth on the list of high risk countries in Africa.

This is scary, I know, but let’s get down to what the government is doing to tackle the situation head-on.

That being said, Nigerians do not trust that the authorities are competently and transparently handling the situation. For many of us, we are used to looking to ourselves rather than the government for our own safety. Suffice to say that we have a history of distrust and lack of confidence in our political system; so, it is not surprising that Nigerians believe the Covid-19 reports are false statistics and an opportunity to embezzle public funds. For example, people question why our politicians who tested positive publicly announce their status (and recover within a few days) while the identities of the over 8000 reported positive cases are being concealed. For this reason, many Nigerians do not care for social distancing and other safety measures.

Similarly, Nigeria has accumulated many funds in donations from well-meaning Nigerians and other international donors. Yet, we do not see much of that being put to good use to fight off Covid-19. Millions are hungry and we hear our government constantly making claims of sharing palliatives to poor and vulnerable Nigerians; but we see how untrue this is, judging from the fact that they do not even have a social register with which to determine the sharing formula. Personally, I do not know of anyone who benefited from the social intervention plans. Also, we do not have many testing and isolation centres; testing kits and other medical equipment are in short supply.

While the government’s efforts in fighting Covid-19 are limited, we have news making the rounds about the possible reopening of schools in June. We are especially concerned about this because we learn traditionally – classroom learning – at best and cannot afford to “endanger” public health. But at the moment, how does the new Coronavirus disease affect us as a people?

Some impacts of Covid-19 on Nigeria and Nigerians so far

This is the sad reality we are grappling with at the moment. Although with some slight variations, I believe that the effects of Covid-19 in Nigeria are following a similar trend to elsewhere in the world. While the epidemic exposes the flaws in our system, it avails us an opportunity to put our humanity, creativity and finesse to the test. If our government cares about the masses, this is the time to prove it by bridging these loopholes. We await to see how things unfold in the coming weeks. Hopefully, the globe defeats this monster and our lives are back to normal again.