María Vázquez-Dodero is a member of Fundación Amigos de Rimkieta (FAR), a foundation that provides comprehensive assistance to children in Rimkieta, one of the poorest suburbs in Ouagadougou, the capital of Burkina Faso. In this second chronicle extracted from her Blog, she explains the situation after several months of life during Covid-19.

COVID-19 in Burkina: The crisis that is upon us! 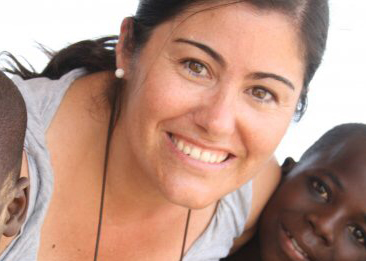 It is a fact that God may press us but he does not crush us. So we have to thank him that for whatever reasons in terms of health, the prevalence of COVID-19 is minimal in Burkina given that there are several predictions in this regard, none of which are evident. However, what we are not going to be able to avoid because we are suffering from it already is the collateral damage of the crisis, which will unfortunately lead the entire sub-Saharan region into its first recession in more than 25 years.

Terrorism is a continual threat

I am aware that with an average of not more than 100 tests per day, the infection rates displayed in figures and the numbers of deaths are unreliable. But I also say that only one relative of more than 1,500 beneficiaries with whom we are in contact with practically every day, has died from the virus. No one else has had any symptoms or has suffered from the disease. On the contrary, terrorism here in Burkina continues to be the cause of closures for schools and clinics and thousands of displaced persons with minimal attention beyond that which their fellow countrymen already living in misery can offer them and is so far causing many more deaths than COVID-19, even tripling those figures.

In April, I mentioned that the arrival of the pandemic in Burkina brought me to a permanent breath-holding state. As of today since 9th March, upon seeing the progress of the pandemic with a number of confirmed infected cases being 890 and only 53 deaths, I can say that for this reason I can once again breathe openly. Although I still hold my breath because of many other factors like terrorism or the damage that the general economic crisis will cause here or the coming general elections in a few months, which in these countries can be a time bomb.

Fear for a food crisis

The World Bank in its latest biannual report warns that the very low levels of development in sub-Saharan African countries, which include Burkina Faso, is being threatened by the global slowdown caused by COVID-19 and considers that there is a high risk that this part of the continent will suffer a food crisis.

According to this report, the growth of the two regions that have made the most significant economic progress in the recent years, that is, the West African Economic and Monetary Union (which include Burkina, Mali, Senegal, Niger, Ivory Coast, Togo and Benin) and the East African Community (comprising Kenya, Uganda, Tanzania, Burundi, Rwanda and South Sudan) will be considerably weakened by lower domestic and foreign demand, in addition to disruption of supply chains which are affecting domestic production. Definitely the most vulnerable groups will be those that will suffer the worst economic effects of the pandemic.

The crisis is already having an inevitable impact on some FAR donors. From here at the Foundation, we send out love and support in these difficult moments. However do not worry because like any other company during these times, FAR is immersed in a process of reflection on our mission and projects in Rimkieta, in order to forecast and adapt as fast as possible to the new scenario resulting from COVID-19 so as to achieve as always, the greatest benefit and advantage for the most needy families in Rimkieta.

We are resuming classroom trainings 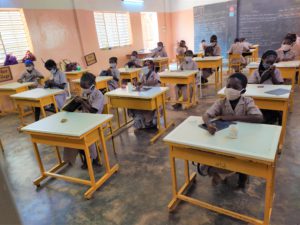 This is demonstrated by the fact that despite the Government having decreed the end of school year for nursery schools (maternelle) earlier than 16 March, the date on which they decreed the closure of all schools in the country due to the outbreak of the pandemic, we have reopened the maternelle this week, strictly complying with the measures to prevent the spread of the virus, with prior authorization from the Social Action Inspectorate. Why? Because, although we “teach” at Maternelle Valencia, the really important aspect about this work is to feed and take care of the health of 300 children every year.

The projects in training and reintegration of street kids and the training of girls out-of-school are also back in operation. And as soon as they lift the ban on meetings involving more than 50 people, one of the last measures taken by the Government to prevent the spread of the virus that is still in force, we will also reactivate the project to train values in young people through sports coaching.

This is all after having thoroughly reviewed the expenditure of each project to tighten our belts ever more tightly and continue with so much love and generosity to make the most out of each of the euros that we receive.

We are pushing on!  We push on with patience, peace and science … 🙂

Translated by Grace Akullo
For the Women for Africa Foundation Internship Student, Masters in Intercultural Communication, Translation and Interpretation at the Universidad de Alcalá (UAH