Maïmouna Dioncounda DEMBELE is a woman committed to women’s equality in Mali and a human rights activist who works in several organizations that defend these values. A few years ago she was in Madrid as part of the Learn Africa scholarship program for Spanish women to follow a Spanish course at the University of Alcalá de Henares. 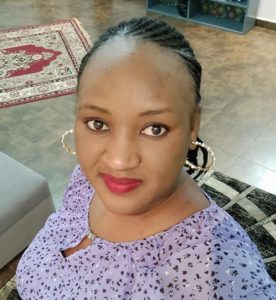 In the year 2020, the world is facing one of the most unexpected health crises. It is being talked about in the media, in families, in the streets, all the discussions revolve around the pandemic of the Corona virus or COVID-19; but the average Malian does not feel concerned. It is their disease, the Chinese disease, the one that causes thousands of deaths, but in faraway countries. The virus in Mali? No, it’s too hot for it, or the quinine cures received against malaria immunize us right away.

Mali, one of the last countries affected by the corona virus in Africa

Initially controls were located at airports and some land borders, and there was little communication about the pandemic. At the end of March, the country registered its first positive cases, communication was stronger but life in the country continued. The government first took some preventive measures, among them :

National Action Plan for Prevention and Response to COVID-19.

But preventing COVID19 is not the flagship activity at the moment, the conduct of legislative elections seems to be a greater concern. Elections with the lowest voter turnout in the country’s history (about 15%). After these elections, and despite the measures taken, Mali is registering an increasing number of cases and deaths related to the virus.

Were these measures sufficient in a country like Mali?

Apparently not, since the government decided to take additional measures, including:

In addition to these measures, most organizations have adopted specific measures such as teleworking, adaptation of certain activities or the introduction of hygiene measures.

A major mobilization of Malians to provide health centres and communities with equipment and hygiene devices to help prevent the virus is currently under way. In addition to this material assistance, awareness-raising messages in all the country’s dialects are being broadcast on social networks and radio stations. The country has rarely experienced such mobilization and solidarity.

Mali, a country that is nevertheless very vulnerable to COVID19 :

The country has been experiencing a multi-dimensional crisis since 2012, in addition to the low capacity of the health services and the resurgence of inter-community violence, which is deteriorating the humanitarian situation. According to a December 2019 report produced by OCHA, the country has more than 200,000 internally displaced persons (IDPs), most of whom are in camps.

Despite all the efforts made, the way of life of the population does not change. Everything that used to be considered as factors of solidarity and social cohesion (eating together in the same dish, shaking hands, visiting sick people, meeting by age group and having tea together and in the same glasses, living in community…etc.) is set in motion by this pandemic.

Also, the majority of Malians live from day to day and most work in the primary sector, so they have difficulty respecting the instructions.

Today Mali has 224 cases and 17 deaths.  The Coronavirus is a painful ordeal for the world, which has turned into a wave of solidarity and recognition of the work of health workers and all those affiliated to them.

The pandemic has changed our daily lives, but I hope that very soon we will start celebrating life again, sharing joy, food, kisses and hugs and telling each other about those long days spent in fear that someone will sneeze next to us!