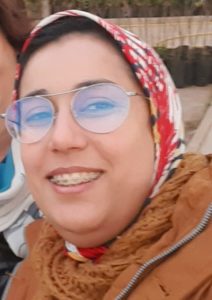 I am Lamia and I come from Nador, a city in the North-East of Morocco. I am a research student in a law firm, specializing in expropriations, and I am also a project coordinator for the Women’s Association for Africa of the Nador Lighthouse.

The death pandemic… is getting closer

We weren’t expecting it. It arrived unexpectedly, in my town and the rest of the world. At first, we didn’t understand the rumors we were hearing. We did not believe that such a small bacterium could kill a human being, and it made us think that it was one of those false stories that are just meant to scare people.

Our daily lives have been overwhelmed by a state of psychological panic. The reality is hard and difficult to accept, and measures force us to be cautious until a solution appears.

This is arguably the first major health emergency in decades.

Faced with this situation, the Moroccan authorities, whose responsibility it is to protect their citizens from the spread of the pandemic, have imposed proactive and preventive measures. Airports and seaports have been closed to prevent the transmission of infection from outside the country, citizens have been confined to avoid being on the streets, and public services have been maintained to provide assistance to workers.

Students are required to take online courses from their homes. In addition, the Bank of Morocco, faced with this situation, has undertaken to provide loans to those in need. Trials have also been suspended.

The King has ordered the government to immediately set up a special fund to manage and deal with this situation.  Initially, the troops will focus on setting up health care mechanisms for those affected and, in a second phase, the national economy will be supported, trying to reduce the social impact of the pandemic.

Despite all these measures, we are still in a state of psychological blockage and in a war against a micro-organism that we do not know. And it’s hard to believe what’s going on…

After the birds fell to the ground, the force of the winds that roared at full speed called out to us. We built mined nests that were difficult to avoid, that didn’t differentiate between poor and rich, Arabs from other nationalities, whites from blacks, and females from males.

Ironically, it is also a question of the fall in the value of money, which we no longer use to buy doses of that elixir of life that the novels have always talked about, nor to exchange lives with other lives, nor to obtain the medicines that are indispensable to overcome this curse that has come without warning.

What really surprises and affects me in this period is that, for the first time in the history of humanity, this “humpbacked entity” has established the principle of equality between all races, without distinction, and has subjected us to its game, which begins with the control of the body, leads it directly to death, and then moves on to another body, leaving behind it the sobs of lonely spirits who, from their coffins, say: “You’ve lost another victim in this world, and you will soon lose more if you continue your selfishness».