Boumad Souad, Academic license in Chemical Processes Engineering, studied one year at the University of Malaga thanks to a Learn Africa scholarship.

Covid-19 provoked a wave of voluntary mobilisation in Algeria 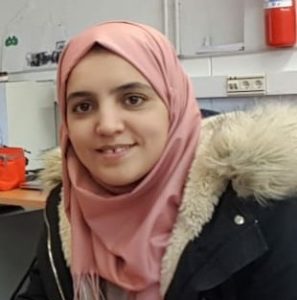 On 25 February 2020, the Pasteur Institute of Algeria confirmed the detection of the first case of coronavirus in the country. It is an Italian citizen who arrived on 17 February in Algiers where he works in the Hasi Mesaoud oil field in the Algerian Sahara.

As of 30 April, the country has registered 4006 cases of coronavirus, 1779 have recovered and the number of deaths continues to rise on the continent, with 450 cases of deaths of different ages, the most affected being those over 65 years of age. The number of positive cases detected each day remains low due to the lack of detection kits, so it is estimated that more people are infected than is actually believed.

The Ministry of Health, Population and Hospital Reform, in collaboration with WHO, has launched various information and awareness-raising measures to prevent the spread.

Despite all the warnings and concerns, citizens carried out their daily activities normally, without taking any particular measures, until mid-March, when the President announced the closure of universities, schools and mosques, and placed the province of Blida under partial quarantine, with 58 positive cases. It was only when the contagion spread to other provinces of the country, such as the city of Algiers, that a state of alarm was declared and Blida was totally confined, while others declared a curfew from 5 p.m. to 7 a.m.

Coronavirus has put a stop to the protests

Algeria has carried out repatriation operations for its Algerian citizens who were in other countries, such as Turkey, Spain, etc.

The coronavirus has put a stop to the protests that have taken place against the Algerian Government since 22 February last year. For the first time after 56 consecutive Fridays, the streets of Algiers remained empty.

On Monday 27 April, Algeria announced that it was extending the period of confinement of its population in an attempt to flatten the contagion curve. For the moment, it will last until 15 May, and schools and mosques will remain closed.

Essential shops are open and the coronavirus epicentre province is partially reactivated with a curfew from 2 p.m. to 7 a.m.

Despite the frightening figures recorded daily, a section of the population is not complying with the measures and restrictions set by the state of alert. And this despite the sanctions, which makes it difficult to control the spread of the virus.

The holy month of Ramadan began on 24 April in a very atypical way, at the height of the health crisis. Fasting varies from person to person, depending on how the current situation affects them.

With the containment, which involves the suspension of family gatherings and religious activities in mosques because they are closed, daily prayers or evening prayers are held in homes.

This pandemic affects everyone. Many have lost family members or friends, and others have lost their jobs.

These are very difficult and sad times, but they have also shown positive aspects: the quality of man through solidarity.

We pray for everyone’s well-being. God is great and everything will pass.