(Aline has a Law degree and is doing her PhD on women’s access to justice in her country. She is part of the Learn Africa programme, which offers scholarships to African women university students) 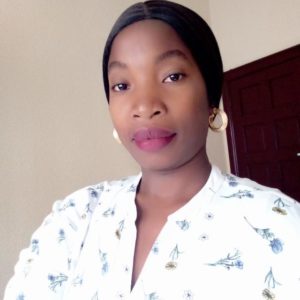 The Democratic Republic of the Congo, like other countries in the world, is facing the Covid-19 pandemic that is shaking almost all nations. The very first positive case in this country was recorded in Kinshasa, the Congolese capital, on 10 March 2020. Since then, the country has so far counted nearly 300 infected people, 21 of whom have died and 21 have been cured. In South Kivu, my province, more than 2,000 km from the capital, the very first cases date back to 30 March 2020, and to date, four people have tested positive for the virus and have been admitted to the isolation centre set up for this purpose.

Since then, the authorities at both the national and provincial levels have adopted certain measures that must be followed to prevent the spread of Covid-19 in the Democratic Republic of the Congo in general and in South Kivu in particular. For example, a state of emergency was decreed by President Felix Tshisekedi Tshilombo on 24 March 2020, leading to a ban on travel from Kinshasa (the nerve centre of the pandemic) to the provinces and from the provinces to Kinshasa.

This measure was highly controversial and the Constitutional Court had to rule on its legality. After this state of emergency was declared, the decision to place Kinshasa under quarantine was taken but was not followed up because the governor considered that such a measure was dangerous for the security of the population of that city.  In the end, only one commune out of the 24 communes of the city-province of Kinshasa, Gombé, was completely quarantined.

In addition, the country has been cut off from its neighbours by the closure of all its borders, schools, universities, nightclubs and churches are closed with the possibility of following worship services on the radio. Gatherings of more than twenty people have been banned, the number of people to be transported in different types of vehicles has been reduced, and the wearing of a nose mask is also compulsory in South Kivu. The Congolese government has also decreed free water and electricity for two months in the provinces affected by the pandemic, the payment of certain taxes (value added tax, rental income tax, professional income tax) has been suspended.

Judging from the manner in which some of these measures were taken and the way they were implemented, some believe that the authorities in charge of the response were amateurish and trial and error in managing the crisis. For example, in South Kivu, the large market continues to function and thousands of people visit it every day. But everyone is doing what they can.

For women, the situation is even more difficult because they are the ones who support the country’s informal economy, most of whom are living at the day rate, and with the rise in food prices, they are finding it difficult to get by. This is why, rather than waiting at home and starving to death, some have no choice but to go out to look for ways to survive for their families, at the risk of catching the virus in the process.

The DR of the Congo is facing the Corona virus pandemic at the same time as the Ebola epidemic, which has also plunged the country into mourning as it has claimed more than 2,300 lives. On the eve of the proclamation of the end of the Ebola epidemic, new cases have been reported and, as a result, the country finds itself on both fronts. So far, only one centre is equipped to carry out the Covid-19 test, namely the laboratory of the National Institute of Biomedical Research in Kinshasa. The provinces have to send them samples of suspected cases and the wait can take up to 7 days.

The dream of all of us is that this nightmare will stop and everyone will get on with their lives.