Shiraz is an entrepreneurial Tunisian woman who lives between her country and Spain. She currently works as an International Consultant. She participated in a meeting of African women entrepreneurs organized by the African Women’s Foundation  in collaboration with the University of Granada in 2017.

Threats to sexual and reproductive rights in Tunisia

“Never forget that it only takes one political, economic or religious crisis for women’s rights to be put in jeopardy”. Simone de Beauvoir 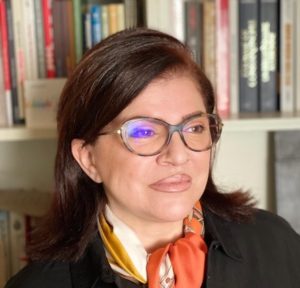 or almost 10 years now, this country has been facing a succession of political, economic and religious crises (instability as a result from the revolt of  January 14th, 2011, the rise of fundamentalism and the arrival in power of the Islamists in 2012, etc.). All these conflicts, in one form or another, have led to a resurgence of threats to women’s rights. This is now compounded by the unprecedented health and social crisis related to the COVID-19 pandemic and the confinement of the population since March 2020.

Over the years, these crises have reduced one of the fundamental rights of Tunisian women: free and unconditional access to contraception and abortion (legislated in 1973),  being the result the closure of public family planning clinics, created in 1975 by the National Office for the Family and Population (ONFP) which had been established throughout the Republic.

To the repeated cuts in the budgets allocated to these public clinics since 2011 caused, among other reasons, by the cessation of international aid and funding in this area, the religious indoctrination of a formerly secular society and a clear political will to undermine sexual and reproductive rights in Tunisia, an unprecedented fact has now been added: their total closure since the beginning of March 2020.

Nearly 50 per cent of Tunisian women use the services of family planning clinics which give them access (almost free) not only to medical methods of contraception and to abortion (free and unconditional), but also, and very especially, to medical control and check-ups of pregnancies, access to vaccination against sexually transmitted diseases and to pre- and post-natal medical monitoring. This shows the importance of these centres and the services they are supposed to offer to the population.

What does this closure of family planning clinics imply?

Beyond a direct attack on the sexual and reproductive rights of Tunisian women, these closures also and above all have consequences for public health. Women lack pre- and post-natal medical care, access to the use of non-medical methods of abortion and childbirth. This lack of care can lead to the reappearance of sexually transmitted diseases. All these shortcomings imply a higher risk of mortality, demographic consequences due to the explosion of the birth rate (although this has been largely controlled for decades in Tunisia), as well as an increase in social inequality because rich people will be able to use (very expensive) private clinics.

The closure of these centres provoked a protest from Tunisian civil society led by the Secretary General of the “Tawhida Ben Cheikh” Foundation, Dr. Selma Hajri.  The response of the health authorities was initially to reopen some centres (mainly in the capital) and later to reopen others. Secondly, a communiqué published on 27/04/2020 by the Ministry of Health, stated that it “recommends the maintenance of essential care during the COVID period, including access to contraception, emergency contraception, and access to abortion”. For the first time, medical abortion is mentioned, which has existed for almost 20 years in Tunisia.

There is no need to recall that sexual and reproductive health is a fundamental right recognized by WHO and claimed by the United Nations as such. Furthermore, since the spread of the COVID-19 pandemic, WHO considers that reproductive health services are essential and should be given high priority in the follow-up of care during this period.

So why the closures?

This attack on women’s freedom, and beyond them those of society as a whole, reminds us that “These rights are never acquired. You must be attentive throughout your life” – Simone de Beauvoir – The Second Sex, 1949.