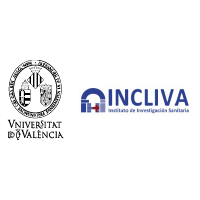 This fellowship must be completed not later than November 2023

The “Fundación para la Investigación del Hospital Clínico de la Comunidad Valenciana”-INCLIVA is the institution managing the research for Health of the University of Valencia (School of Medicine) and the University Clinic Hospital that include a Department providing healthcare to the 350.000 inhabitants with a EHR that virtually covers the whole population of the department. INCLIVA is a top 10 biomedical research institute in Spain INCLIVA is organized around four priority areas of research: Oncology, Cardiovascular diseases, Healthy ageing and Reproductive medicine.

INCLIVA is organized around four priority areas of research:

Oncology: INCLIVA is an international leader in the field of oncology and hematology, with eleven research groups and more than 125 researchers, coordinated by Dr. Andrés Cervantes. The main research lines focus on cancer cell biology, genetic analysis of tumors and development of precision medicine through experimental therapies. INCLIVA belongs to the WIN Consortium “Worldwide Innovative Networking (WIN) Consortium in personalized cancer medicine” and in 2015 the Oncology team had more than 215 clinical trials active. The Pediatric Solid Tumors Translational Research Group is included in this area at Laboratoy of Molecular Pathology, Medical School.

Healthy ageing: addresses aging at physical and neurological level, led by Dr. Jose Viña. The research focuses on the influence of oxidative stress and free radicals in aging and neurological deterioration, identification of biomarkers and genetic and epigenetic determinants and in the molecular study of the protective role of physical exercise. In this context it is worth to remark that INCLIVA is one of the founding members of the Spanish group for the study of centenarians.

Reproductive medicine: INCLIVA is also a part of the Valencia Infertility Institute, IVI, coordinated by Dr. Carlos Simon. The research developed at IVI focuses on two lines of action. Firstly the study of biological functions in the human endometrium, the analysis and development of diagnostic techniques to determine the right time of endometrial reception using genomics. And a second focused on male infertility, particularly in the treatment of azoospermia and seminal breathing