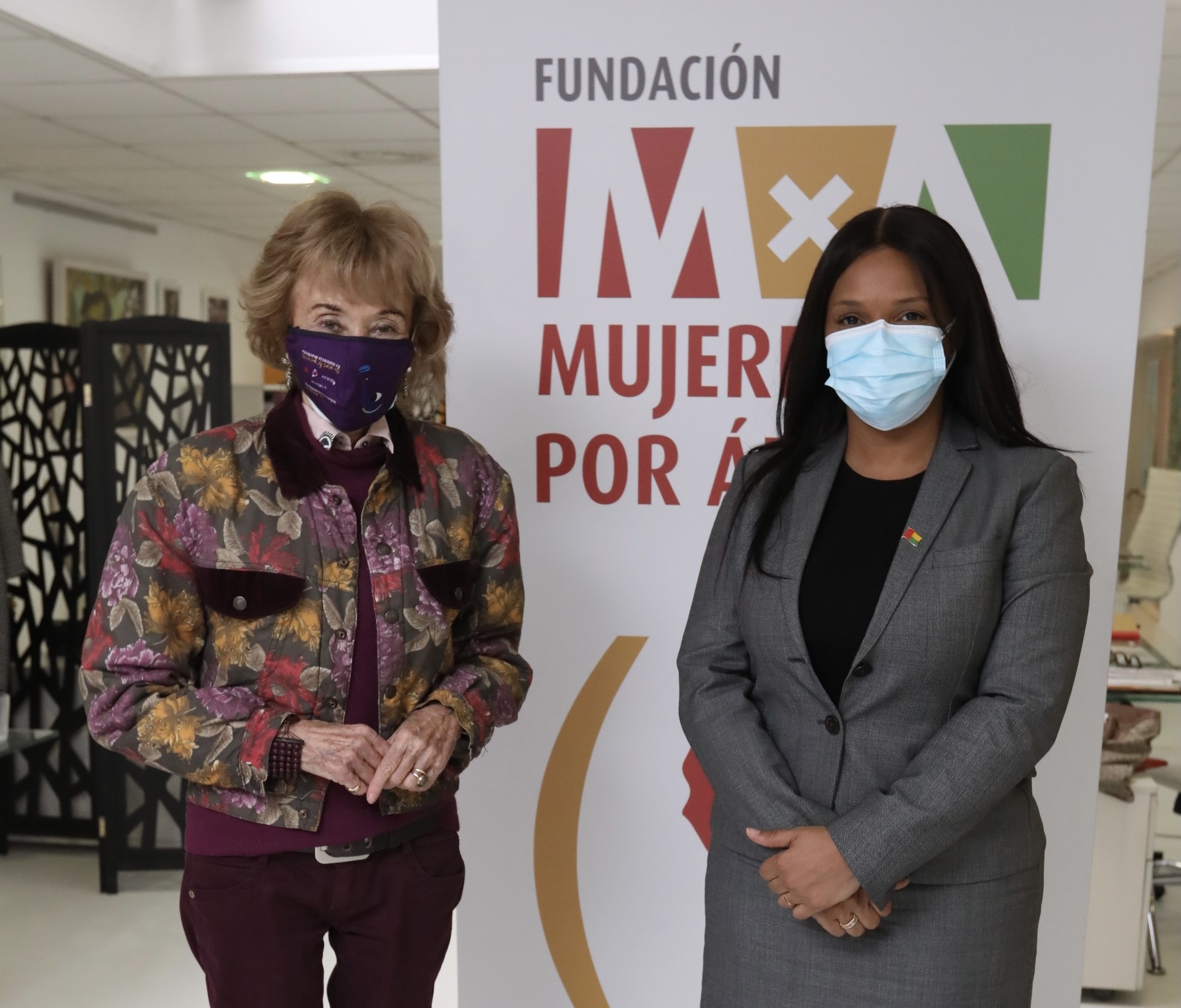 Madrid, 28 January 2021. Suzi Carla Barbosa has come to Spain on a working visit. Relations between the two countries are growing closer every day, contacts and economic exchanges are increasing and bilateral cooperation is being promoted.

But the minister has always been an active and committed feminist. Like us, she knows that supporting and empowering women and promoting equality is the best way to contribute to a country’s development.

This was confirmed by the Minister and our President, María Teresa Fernández de la Vega, during the meeting they held this afternoon at the Foundation’s headquarters. She was accompanied by the Spanish Ambassador of Bissau, Marcos Rodríguez Cantero, and the Guinean Ambassador in Madrid, Abel Coelho de Mendoça.

The president presented the foundation’s main projects to the minister, with special emphasis on the network of African political leaders that has been formed around the governance forum held at Yale University, and on the Science by Women program, which already has eighty African women scientists as beneficiaries.

The minister, who has lived in the Canary Islands in the past, declared herself a follower of the foundation’s initiatives, as well as of the figure of its president, and showed great interest in these projects, and also, in particular, in those for the training of fishing cooperatives. She also invited the president to visit Guinea Bissau. Something that María Teresa would be delighted to do, she said, once the pandemic allows it.