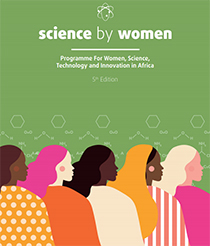 Madrid, 22nd of March 2021. This afternoon, the Governing Committee of the  Science by Women project, which is now in its seventh edition, has held an online meeting, chaired by María Teresa Fernández de la Vega. Representatives of more than twenty scientific centers associated with the program, as well as their institutional and corporate sponsors, attended the meeting.

The president of Women for Africa, who thanked everyone for their commitment to the project, which already has 80 African women researchers as beneficiaries, highlighted the effort made during this year of pandemic, which has made possible its continuity despite the obligatory delay receiving the selected scientific women in their corresponding centres.

In addition to managing the program and maintaining the almost daily relations with the women researchers who were already in Spain when the pandemic began, the relationship with every beneficiaries of the program has been strengthened. They have talked about their challenges as scientists and women in this period of crisis and confinement.

To this end, 4 parallel and sectoral sessions have been organized to gather proposals on how to counteract the setback that the pandemic has entailed for women in general and especially for women scientists, with whom an important plenary meeting was also held. In these sessions, the network that groups them together was created which they called NOW IS AFRICA (Network of Women Innovating in Science in Africa).

The Governing Committee also welcomed the centres that have joined Ellas Investigan in this seventh edition, which are the Basque Center for Applied Mathematics, Polymat, the Institute for Sustainable Agriculture (IAS), the Campus of International Excellence in Agrifood in Córdoba University, the Center for Astrophysics in Canarias, the Oceanic Platform of the Canary Islands, the Biomedical and Health University Research Institute of Las Palmas de Gran Canaria, the Institute of Materials Science of Barcelona, Biodonostia and the University of Valencia.

Both, the research centres and the sponsors, have shown their satisfaction with the development of the program, which began in 2013 with only five scientific centres, and have appreciated positively the African women researchers whose stay they have hosted, highlighting their great scientific potential and excellency.

The most moving moment of the meeting was the memory and tribute to the great scientist Margarita Salas, who sadly passed away, a member of the Advisory Committee of Women for Africa and was also part of the International Scientific Committee of Science by Women.