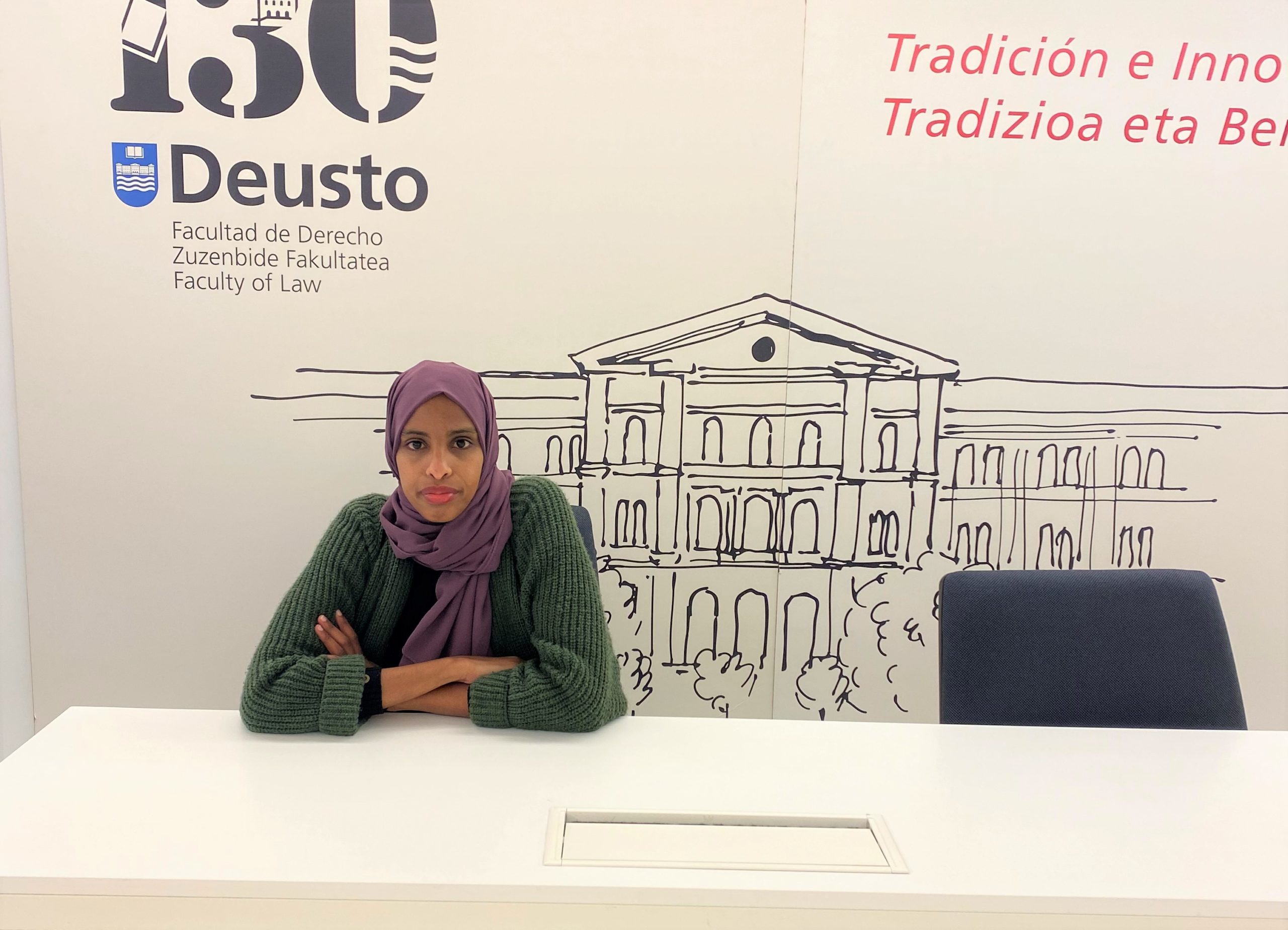 With the reopening of borders, the students of the Learn Africa scholarship program are starting to join Spanish universities in person.

This is the case of Fatuma Abdillahi Ali, from Kenya, who is the first beneficiary of the program to arrive in Spain after the pandemic. She has joined the University of Deusto , where she is studying for a Master of Law in International Legal Studies sponsored by Bizkaia Foru Aldundia

Fatuma, a lawyer, is a committed young woman who, before arriving in Bilbao, worked at Initiative Uhai, an NGO dedicated to advising, training, and educating marginalized communities in northern Kenya on legal issues.

She comes from a nomadic community. Her parents did not have the opportunity to study. Her father runs a small business and her mother is a housewife. They are the ones who have supported her. “Owing to their past, they appreciate the value of education.” That’s why they were determined to enroll their daughters in a public school for girls. When they found out that their daughter had been awarded this scholarship When they heard that we had awarded their daughter this scholarship, they were delighted and encouraged her to travel to Spain.

Fatuma was excited and looking forward to her first trip away from her family, friends and, country. It was the first time she would be living alone. She says the paperwork was not too difficult, although the pandemic complicated it a bit.

” I…feel at home at my university now and even before I came to Spain… The student life experience at the university is wonderful.” She says that they supported her both before and upon her arrival and that they continue to guide her day by day in her academic process.

“As for my fellow students, they come from different countries and backgrounds which makes this experience wonderful and interesting.  The professors are experts in their fields and this makes the programme quite interesting as well as educational.  So far, I am acclimating very well to college life and I have not encountered any problems yet.,” she says.

Fatuma finds quite a few differences in the educational methodology of the University of Deusto with that of her country. She points out that, here, the student is involved in an interactive way, which was not the case at her university in Kenya.

She also says he has found differences in the functioning of public bodies. “From the Ayuntamiento, the Policia, and even Osakidetza (the Basque health system), public service delivery is efficient. I hope to bring back with me this culture in my future career path.”

She says that her stay in Bilbao and her studies are giving her new perspectives in her career, academic and personal life.  “This programme will open many doors in the future for me and I am beyond grateful for that… I plan to go back to my home country and share the knowledge that I have acquired during this time.”

The pandemic has harmed women and girl

In her academic career, perhaps because of her parents’ support, she says she has not felt discriminated against for being a woman. However, the fact that she comes from a marginalized community and underdeveloped area, she says, “made girls disadvantaged compared to boys while getting an education.”

Speaking of gender equality, Fatuma explains that the COVID pandemic has affected women greatly, especially in labor rights and violence.

“The majority of informal workers with minimum wages are women. The informal sector was the most affected by the pandemic and a lot of women lost their source of income. There was also an increased incidence of gender-based violence. According to the government, there was an increased incidence of gender-based violence. Many women during the pandemic became victims of domestic violence.  There is also an increase in teenage pregnancies and early and forced marriages in rural areas.”

We wish Fatuma the best of academic, professional, and personal success in her stay with us.